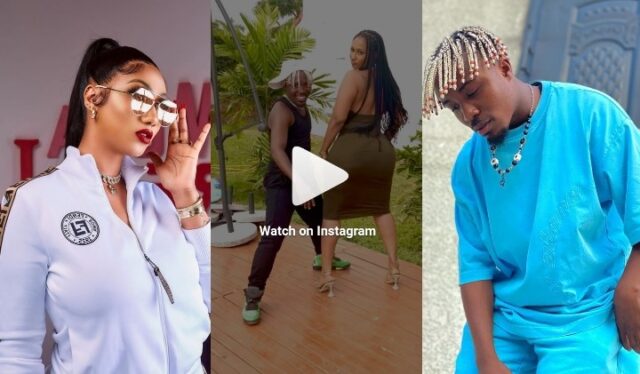 Interesting scenes as what was supposed to be a dancing practice made a hilarious twist as Hajia 4real and Dancegod Lloyd ended up in a pool.

Popular slay queen and fashion designer, Hajia 4real like you all know is into music now and is doing her best to succeed at it.

But what’s a musician without knowing how to dance? As a musician who is bound to perform on stage and even do some dance moves in music videos, it’s best if you can do a few dance moves. Hence it is for this reason that Hajia 4real met with the Dancegod for some lessons.

The connection between the two was good from the start of the video which shows they must have rehearsed it for some time. However, the manner in which the dancing practice ended is not something they anticipated.

Unfortunately for them, they ended up in the pool at a point where they were about to take the dancing to the next stage.

Dancegod Lloyd himself will be gutted at not being able to grind the beautiful slay queen before they fell in the pool.