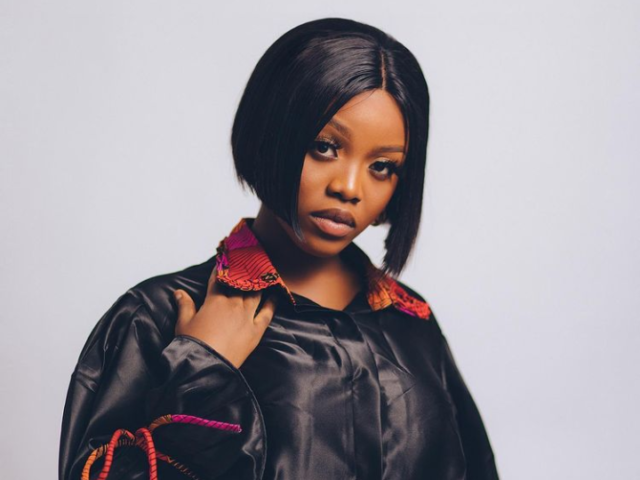 Gyakie is a young Ghanaian Highlife and afrobeat singer born to legendary Highlife artiste, Nana Acheampong. She rose to fame in 2019 with her hit song “Forever”.

Born on December 16, 1998 in Kumasi in the Ashanti region of Ghana.

She had her secondary education at T. I Ahmadiyya Senior High School in Kumasi.

From there, she continued to Kwame Nkrumah University of Science and Technology for her first degree in International Business.

Gyakie always had a thing for music right from her childhood partly because she was born into a family of musicians. She used to visit her father, Nana Acheampong in the studio even when she was just a little girl.

In 2019, she released her debut single titled “Love is Pretty” and later released “Never Like This”. She went on to release a five track EP titled “SEED” which had “Forever”on it.

The “Forever” song is arguably her major breakthrough as it received massive airplay in other countries like Nigeria and Kenya. She later recorded a remix of the song with Nigerian singer Omah Lay and released in 2021.

The remix was initially criticised by some sections of Ghanaians as not necessary. However it was eventually accepted by many and was a success too.

Her music career was largely influenced by her father, Omar Sterling of R2Bees and Asa. Gyakie is now signed unto an international record deal with Sony Music entertainment, RCA Records UK and Sony Music Africa.

She received three nominations at the 2021 edition of the Vodafone Ghana Music Awards but unfortunately did not win any. The categories are;

She claims to be single and free because she doesn’t want to destroy her life. According to her, she doesn’t really have any specifications when it comes to men and that what matters is the connection.

Although she is barely 3 years in the music industry, she has definitely made some good money particularly from her hit song “Forever”. And from the background she comes from, her finances won’t be bad at all.

Unfortunately, we do not have her actual net worth yet. We will however update this biography as and when we get such information.