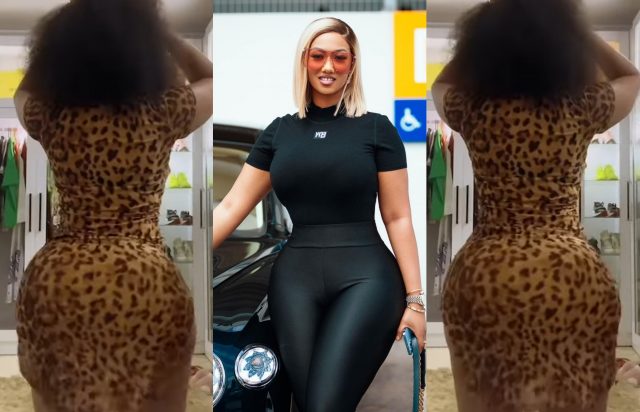 The singer was recently trolled by netizens due to what she wore to the artist night event which was held by Confidence Haugen during her coronation event in the Volta Region a few days back.

A lot of the trolls were targeted at how yer nyash looked in the tight outfit she wore. Some even suggested she did surgery to enhance her butts while others said her nyash looks better in jeans than what they saw on stage.

Well, the singer is out to prove a point as she has been captured on camera shaking her barka wearing a short tiger designed dress.