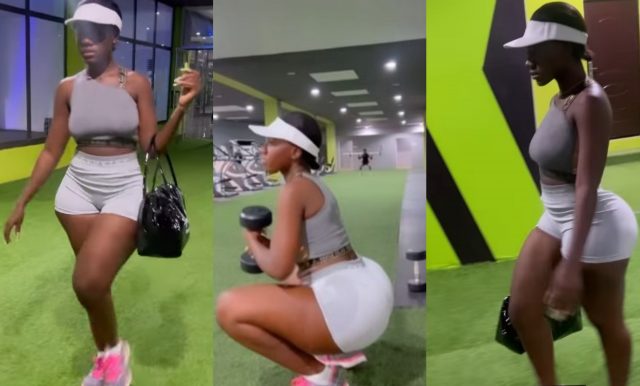 Naomi Asiamah popularly known as Hajia Bintu has stormed the gym to work out but instead catches the attention of fans as her big nyash sells her out.

Hajia Bintu who became this famous in the country largely due to her big nyash has captured the attention of many once again as she storms the gym to work out.

You may recall that we reported a few weeks ago about how a fan told the tiktok star point-blank to work on her belly? Well, it seems she has heeded the advise of this fan as she storms the gym to work out and perhaps burn some belly fats.

However, netizens can’t stop watching her huge nyash after she shared a video from her work out at the gym.