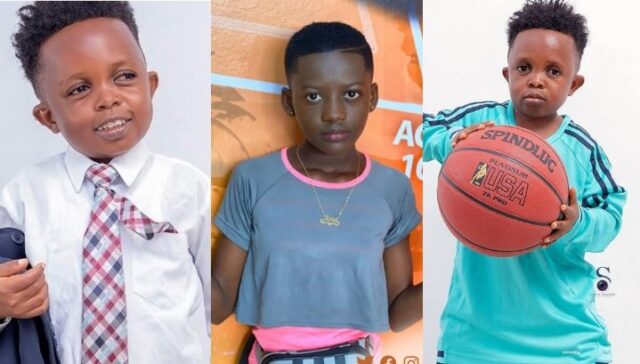 Finally it seems we may have an idea of the girls Don Little mentioned in an interview with Delay that he has been chopping after this latest interview Araba Atta granted.

The 13 year old comic actress was asked if she was indeed going out with Don Little as the rumours have it. Her answer was not really a yes or a no.

However, from her response, it seems she indeed has something doing with Don Little. According to her, she knows he is far older than her but wishes that God could pause his age for now till she gets to his age.

She added that he is a man so there is absolutely nothing wrong in dating him.

RELATED POST:   VIDEO: Fameye Details How He Used "For Girls" To Ch0p A Girl.