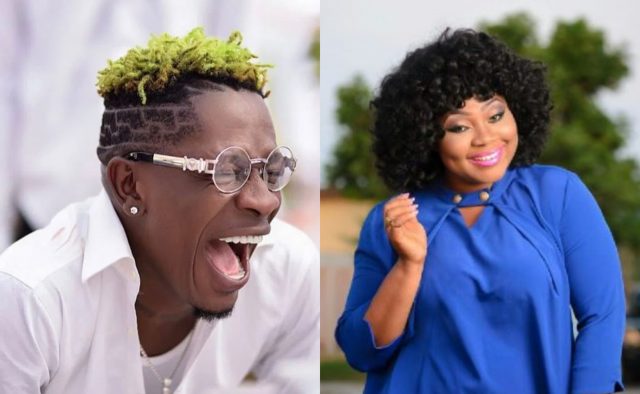 The ever talking Sally Mann is at it again as she dirties Shatta Wale on live radio for not being able to perform at international concerts.

Ghanaian female entertainment pundit, Sally Mann calls out Shatta Wale as a frustrated artiste who is likely to end his life should Black Sherif manage to win the BET awards. She blasted him for not being able to win any international award despite being in the industry for years but Black Sherif has managed to get a nomination within the few years that he came into the music scene.

According to her, Shatta Wale is a local champion whose music career has dipped and continues to dip. She believes he is not able to perform on bigger stages abroad like his colleagues in Nigeria such as Burna Boy.

She then alleges that the whenever the self acclaimed artiste travels abroad, all he does is to organise a show for Nima like communities or the ghettos.

Sally Mann made these comments in an interview on Power 97.9 FM and TV XYZ which was hosted by Agyemang Prempeh.