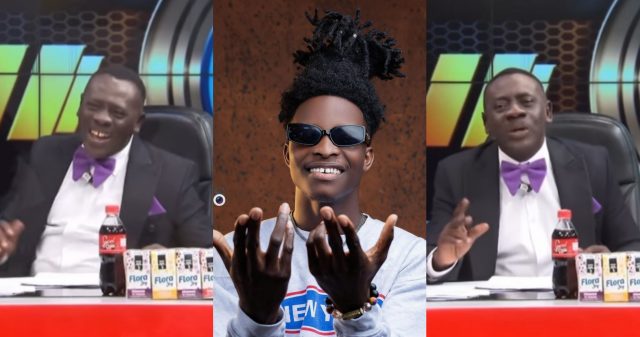 Akrobeto has got netizens laughing out loud after his failed attempt to sing Lasmid’s ‘Friday Night’ song on his show.

The winner of the 2019 edition of MTN Hitmaker, Lasmid is the man of the moment after his ‘Friday night’ song went viral. His song has got a lot of streams since it was released with the rapper claiming he is currently the best rapper in Ghana amidst some backlash.

But one individual that helped in promoting the song is kumawood actor, Kwadwo Nkansah Lil Win and Akrobeto made sure to commend him on his show.

However, Akrobeto decided to take everyone by surprise when he asked for the song to be played for him to perform it but the outcome is for your eyes only.

RELATED POST:   "I Want Black Sherif To Pound Me With His Cassava" - Lady Cries Out [Video]

45 Years Young! Check Out All The Photos From Nana Ama McBrown’s 45th Birthday