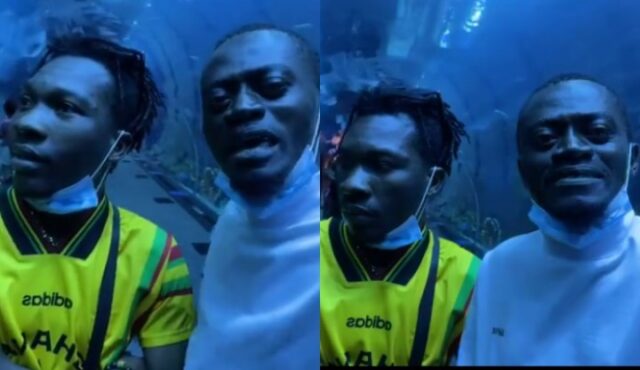 Kumawood star, Kwadwo Nkansah Lil Win is having a good time in Dubai and has taken the opportunity to throw some shades at Ghanaians as he says we can never catch up with the whites.

In a video posted by the Ghanaian comic actor, Lil Win was in his elements as he makes some funny comments about his new environment as compared to Ghana.

According to him, ghanaians like comparing things alot and that always want to speak English when we have our own native language.

He was excited about the fact that the whites have managed to build such a magnificent underwater aquarium where tourists can visit.

He added that with the kind of mindset Ghanaians or Africans, we will never catch up with the whites.