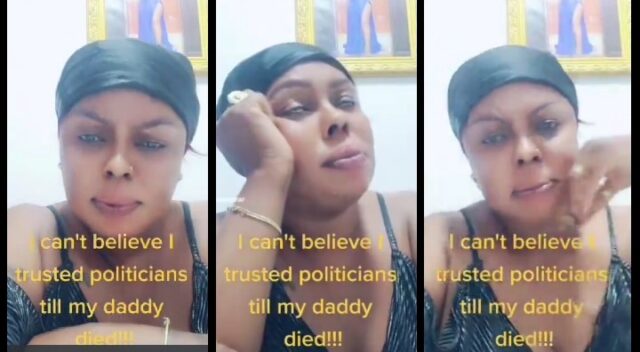 Controversial Ghanaian actress and queen of Ghana comedy, Afia Schwarzenegger is still mourning her late father who died not too long ago and has lamented about the treatment she got from politicians after his death.

According to the actress and mother of twins, she can’t believe she trusted politicians till her daddy died in January this year.

She never mentioned why she is making these comments, however, it seems she felt she was left alone by politicians she campaigned for in her time of need. It appears none of them was present at the one week celebration of her late father.

Afia Schwarzenegger sadly announced the death of her father, Augustine Adjei who was battling with cancer for some time.