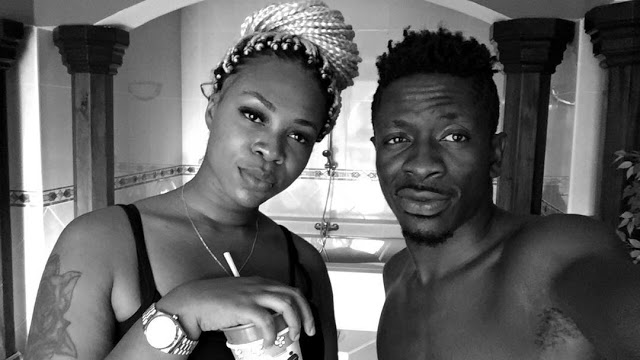 Shatta Michy or Michy as she prefers to be called now has been speaking after her baby daddy, Shatta Wale suggested they do another song soon.

Shatta Wale made this suggestion after his ex-girlfriend and baby mama, Michy made an appearance at this year’s “Ashaiman to the world concert” where she performed and in the process did the SM sign which Shatta calls the symbol of hope. After seeing images of his baby mama’s performance at Stonebwoy’s concert, Shatta Wale too to social media to express his happiness.

READ ALSO: Hajia Bintu Drives Around Town In Her New Jaguar Car After Her Trip To Nigeria [Video]

He suggested it’s about time they (Shatta Wale and Michy) do another collaboration and that this time around he will not pay her in kind but in cash.

However, Michy seems to have a few conditions and fears she will want to be met before any collaboration of that sort can take place. According to Michy, she will only do a collaboration with him if he agrees to pay her $150,000 and also the proposed collabortaion be recorded in a public studio in order to avoid having any temptations from his baby daddy.

Speaking in an interview on Accra FM, She said “I’m like beef and he’sike a lion. I can’t send myself in the lions den. I cannot afford to be chewed”