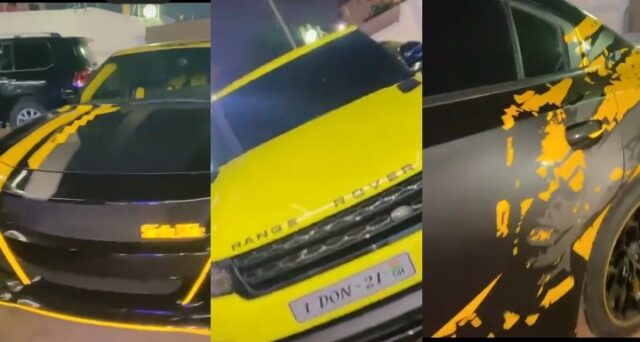 Self acclaimed dancehall King and richest musician in Ghana, Shatta Wale has proven once again that he is really rich as he puts his fleet of cars on display.

Popular Ghanaian dancehall artiste, Charles Nii Armah Mensah who is well known as Shatta Wale is in a thankful mood as he shows appreciation to God for his blessings.

According to him, he counts his blessings whenever he is bored and took the opportunity to encourage his fans that anything is possible.

He is well known for always bragging about his wealth when he gets the chance and has done it again in this new video. He gave his fans a feel of his fleet of cars in his east Legon mansion that has a pool in it.

He posted the video with the caption Whenever I am bored, I just sit to count my blessings. Came from nothing to something. Everything is possible my people.