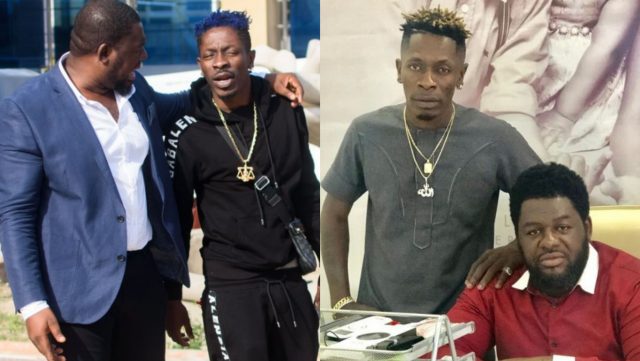 Self acclaimed ghanaian dancehall King and the CEO of Shatta Empire, Shatta Wale, has hit back at his former manager where he tries to suggest that artiste manager, Bullgod was never his manager but rather his employee so he should stop going around telling people he managed him.

For a very long time, we all thought the relationship between Bullgod and Shatta Wale was a manager-artiste affair. However, it seems that may not be the case.

READ ALSO: “Proud of Lil Bro” – Burna Boy Says As He Urges His Fans To Get Black Sherif’s Album

According to the “On God” hit maker, he was and still is his own manager and that Bullgod never managed him. He made this revelation on his Facebook page earlier today, October 31.

He claims that Bullgod was never his manager but rather an employee he employed and was paying for his services.

He said “I was my own manager and CEO of Shatta Movement till today. Stop lying to people you managed me. I employed you and was paying you. #different artiste” 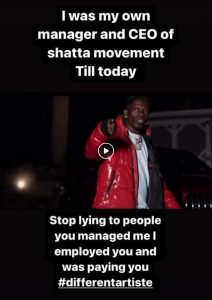