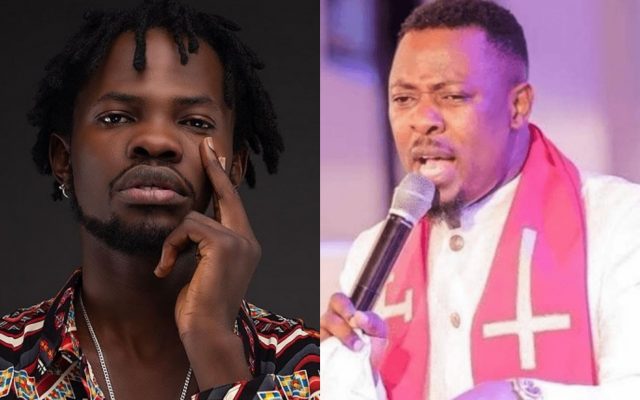 Founder and leader of Prophetic Hill Chapel, Prophet Nigel Gaisie has opened up on his displeasure at what Fameye has done that he isn’t happy with.

Prophet Nigel Gaisie has decided to speak out on his disappointment in Fameye for not coming back to show appreciation to him after praying for him to become what he is today.

According to Nigel Gaisie, he prayed for the “Nothing I get” hit maker to succeed in his music career but unfortunately has not returned to show appreciation after his breakthrough. The prophet made this revelation on the birthday of Fameye via a facebook post that has received some attention online.

READ ALSO: Anyone Who Picks Money From The Ground Will Remain Poor Till Death – Prophet Ajagurajah

He said “I prayed for him to be BIG by the mercies of God, coning back to say thank you Jesus, bless you prophet of God is EVEN A PROBLEM. it’s your bday, I pray for you in that you will give God his due and appreciate who as it were helped you on your way of becoming who you are NOW”