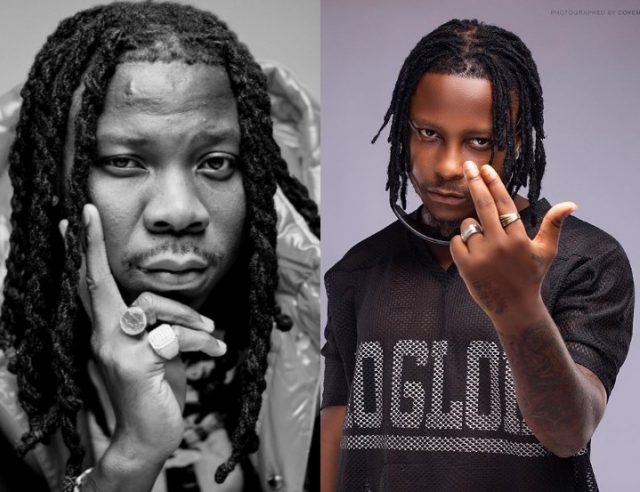 “Down Flat” hitmaker, Kelvyn Brown, popularly known as Kelvyn Boy has revealed why he had locks in the past saying he still looks up to his former boss despite their split a few years ago.

Speaking in an interview with Andy Dosty on Daybreak Hitz earlier today, Kelvyn Boy opened up on his continuous admiration for Stonebwoy despite their break up. According to the “Down Flat” hitmaker, he still looks up to his former boss and at a point in his career wanted to sound and look like him.

He said “maybe I should have cut my hair long ago but I feel it’s God’s time. I was with Stonebwoy at the time. It was the influence, I was with him so I wanted to sound, look and move like me. Even though I’ve moved away from him to be single, the influence is still there so I wouldn’t say I’ve lost the admiration I have for him because I’ve cut my hair.

But I just feel it’s time I cut my hair to try something different. I released Down flat around the same month or so after I cut my hair.

I wanted to sound and look like @stonebwoy – that's why I grew my locks. – Kelvyn Boy. #DaybreakHitz pic.twitter.com/Or60bjre2O