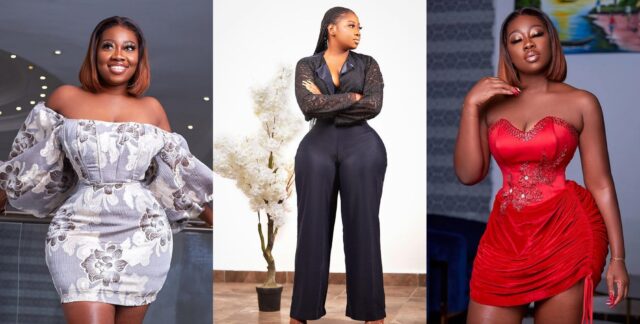 Ghanaian socialite, actress, photo and video model, Shugatiti has shockingly revealed in a fresh interview with Kwaku Manu about the lies her stepmother told her late father.

She was born Abena Serwaa Frimpong but is popularly known as Shugatiti and known for her daring character. In a latest interview with kumawood actor, Kwaku Manu, the beautiful socialite was asked a series of personal questions including her relationship with her late dad before he died.

RELATED POST:   I Was Accused Of Banging My Dad By My Stepmom- Shugatiti Shockingly Reveals [Video]
”]

That and many other issues which she mentioned in the interview made her dad kick her out of the house at the age of 15.

Watch Video Below 👇 NB: you can skip to minute 18:40 to listen to hat she said about the matter

She also revealed in the same interview that she has dated men in their late 40s and 30s even though she is barely 25 and denied rumours that she has gone under the knife as she attributes her beautiful physique to working out at the gym and body curves products.