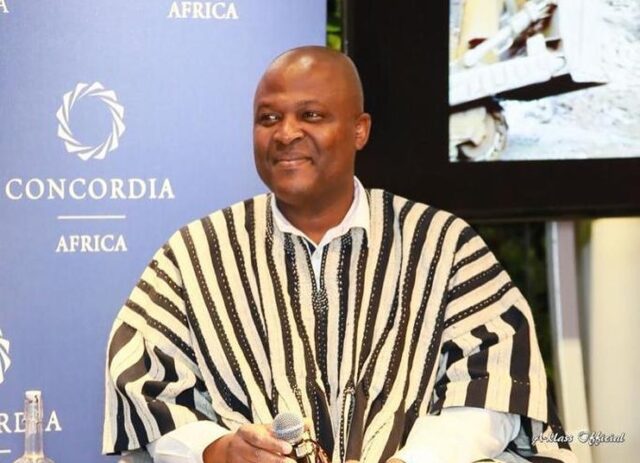 Ibrahim Mahama is a Ghanaian business man and the younger brother of former President John Dramani Mahama. He is undoubtedly one of the richest men in Ghana and owns several businesses in the country.

Piase in the Northern region of Ghana

Born to Emmanuel Adama Mahama, first Minister of Northern region under Dr. Kwame Nkrumah and a former Minister of Agriculture. His mother Joyce Tamakloe hails from Keta in the Volta Region of Ghana.

Ibrahim had his secondary education at Tamale Senior High School in the Northern region of Ghana. He studied at the College of North London in the United Kingdom.

Mahama lived in London for some time after graduation and worked with a property development company. He later returned to Ghana and founded his company Engineers & Planners in 1997.

Engineers and Planners now employs about 3,000 workers. He also has investment in Asutsuare Poultry Farms, started in 2004. The Farm now produces over 150,000 eggs and 10,000 live broilers a day.

Mahama is also the owner of Dzata Cement Limited, a cement processing factory. The company finally started operations in 2018 after years of back and forth. It’s estimated production capacity is about 2 million tonnes of cement a year.

Mahama was awarded as the Industrialist of the year 2018 at the 8th edition of African Achievers awards organised in the House of Commons in London.

He is a co-founder of the Joyce Tamakloe Cancer Foundation in honor of his mother who died of cancer. The foundation helps to create awareness on the different types of cancer and has raised funds for hospitals in Ghana to help fight cancer.

The foundation played a critical role in making sure breast cancer patients are catered for under the National Health Insurance Scheme in Ghana.

Aside his cancer foundation, he also undertakes several philanthropic works in most Zongo communities. He has funded alot of projects in these communities, provided education, health care and employment opportunities to them.

He is currently constructing a 550-bed capacity dormitory for his former school, Tamale Senior High School after fire burnt down an existing dormitory.

He is married to Oona Mahama and are blessed with three (3) children.

The business man has long been tagged as the boyfriend and financier of Hajia4real although they have both denied such allegations.

Mahama is one of the richest men in Ghana. He uses a Bombardier 604 luxury private jet named Dzata and is the first Ghanaian to buy one in Ghana.

He is worth a few millions of US dollars although his actual net worth is not known.