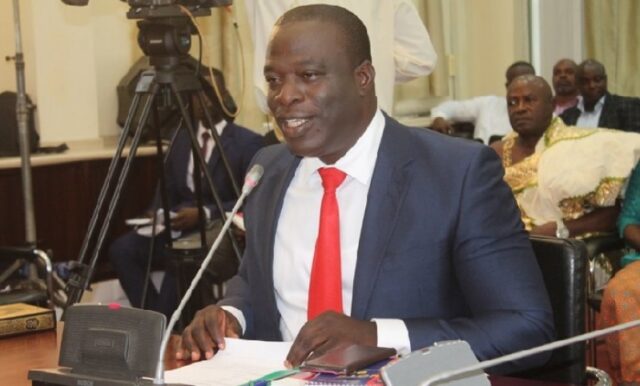 Ignatius Baffour-Awuah is the NPP member of parliament for Sunyani West constituency. He is a Ghanaian politician who has risen through the ranks to becoming an MP and a cabinet minister.

Baffour-Awuah was born on August 24, 1966 in Okyerekrom in the Ashanti region of Ghana. He hails from Nsuatre in the Bono region.

He contested for MP for Sunyani West Constituency and won in the 2008 parliamentary elections.

Baffour Awuah has been maintained as MP for Sunyani West since then. He was the Deputy Minority Chief Whip from 2013 to 2017 when his party was in opposition.

He became a cabinet minister in 2017 under President Nana Akufo Addo as the Minister of Employment and Labour Relations.

He is married and is blessed with 3 children.

The net worth of Ignatius Baffour-Awuah is currently under review. However, this article will be updated as and when review is completed.