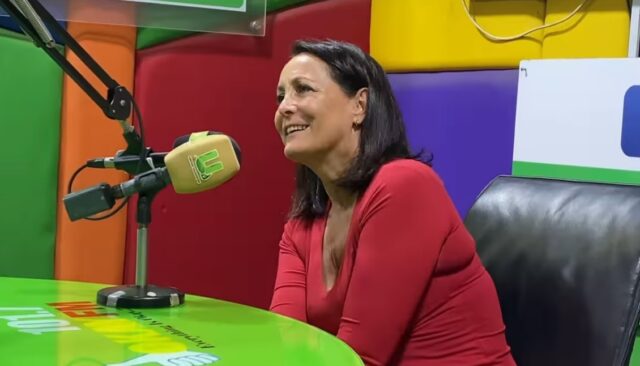 Her Excellency Anne Sophia ‘Akosua’ Avé has revealed in an interview with Abeiku Santana that she would definitely marry a Ghanaian man if she finds one.

The French Ambassador to Ghana will soon come to an end later this year and has revealed that she doesn’t mind marrying a ghanaian man if she finds someone who will love her and willing to settle down with her.

In an interview with Abeiku Santana earlier today, the Ambassador was asked a series of questions including this very one and her answer took many by surprise. Well, she has long stated her love for Ghana hence its only natural that she wouldn’t mind marrying a ghanaian man.

For the record, she has two sons although I cannot confirm as at now if she has a husband or is divorced.

Her Excellency Anne Sophia Akosua Avé also added that its easier to be a French Ambassador in Ghana than any of the Francophone countries.