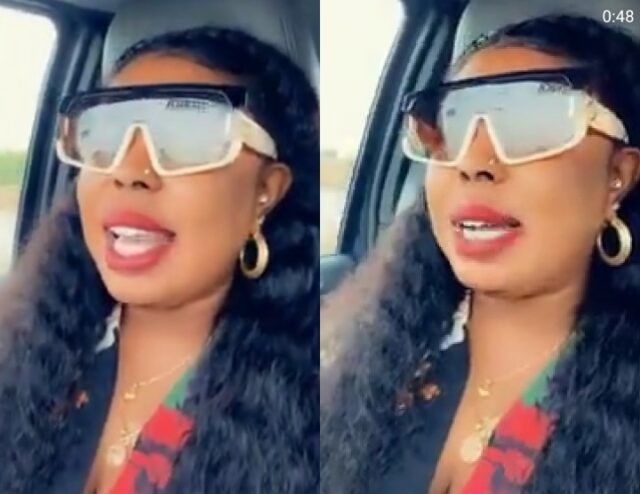 The ever talking Afia Schwarzenegger is at it again as she goes all out and prides herself in her way of life and the things she claims to have done.

Valentina Nana Agyeiwaa popularly known as Afia Schwarzenegger is known for many things and she has finally accepted to be all that.

She is a proud mother, entrepreneur, comedian, actress and a divorcee. However, what many do not know is how evil she is if indeed what she says is true.

READ ALSO: Bella Of Date Rush Shows Off Her New Boyfriend In Loved Up Photos.

In a self recorded video of herself sighted by us at Alabigh.com, she claims to have done alot of things that sounds like a joke but who knows if indeed there may be some truth in there.

According to her, she is the mother of all prostitutes and fraudsters. She also claimed to have killed Atta Mills, JJ Rawlings, Theodosia Oko etc. She added that she was the one who told John Mahama to say he is a dead goat.

She ended by saying that, she agrees that she is evil and that any friendship she enters into doesn’t end well.