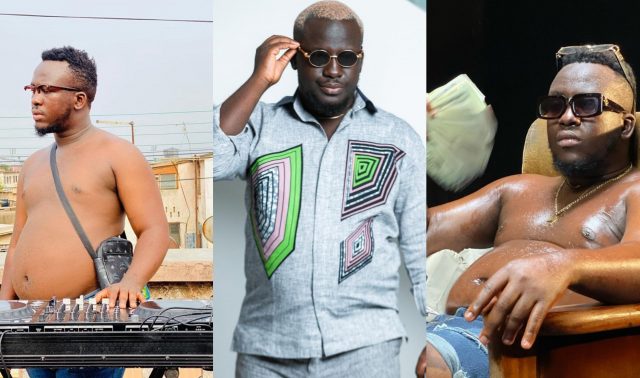 Popular Ghanaian skitmaker and actor, Sadik Sulley, popularly known as SDK doesn’t have any plans of reducing his potbelly or hiding it anytime soon as he proudly states that he isn’t  shy of flaunting his potbelly.

SDK, who is undoubtedly one of the best skitmakers in the country is very much loved by a lot of Ghanaians due to his comic nature. He seems to have even taken his craft to a whole new level this year by releasing top top skits which always gets positive reviews online.

However, one thing about him that a few fans seems to be concerned about is his growing belly. SDK is known to have a big belly and for that matter has a content he calls “Fill the belly” where he promotes eateries by eating a large amount of food in the skits which has got many wondering if he is not bothered by the size of his stomach.

Well, in a latest interview on Kastle FM in Cape Coast with Amansan Krakye, the comedian revealed that he is not bothered at all by the size of his belly.

He said “I don’t feel shy flaunting my stomach as a guy having a potbelly in this modern era where people are showing their six packs. I’m actually very proud of it because it is part of my body and there’s nothing I can do about it now.

“However, if I wish to do something about it later, I’ll let the world know about it. But until then, it’s a potbelly geng thing”.