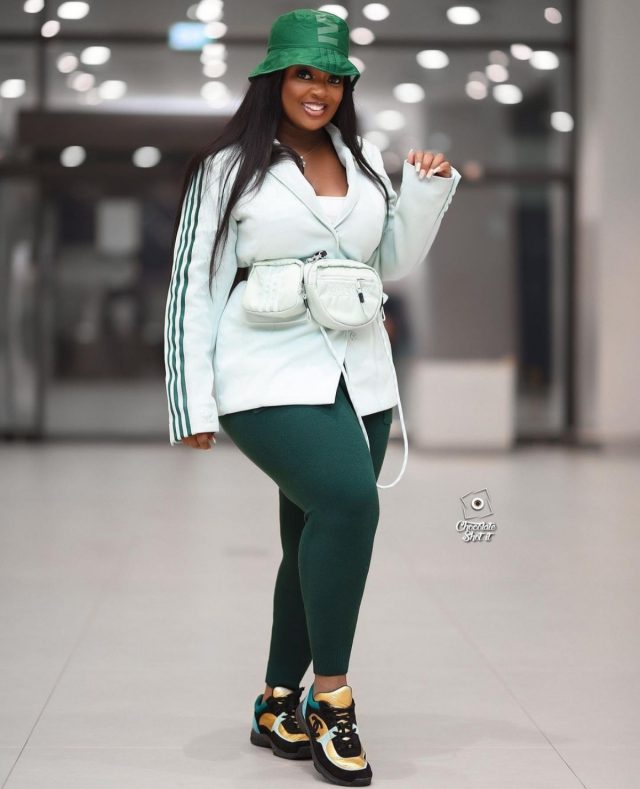 Jackie Appiah is undoubtedly one of the best female actresses in Ghana featuring in over 100 movies including Nollywood movies as well. But how well do you know her? Find out more about her in the subsequent paragraphs.

She was born Jackie Appiah to Kwabena Appiah in Toronto, Canada. Jackie happens to be the youngest among her siblings and moved to Ghana with her mother when she was only ten (10) years old.

Jackie Appiah was born on 5th December 1983 in Toronto.

Not much is known about her academic qualifications or which schools she attended. As at now, we only know of the senior high Jackie Appiah attended which is called Havard Senior High School in Accra.

The actress is currently one of the longest serving actresses in te country. She started her acting Career as far back as 2001. Her role in the popular “Things we do for love” TV series was what brought her to the limelight and since then her fame only kept increasing by the day.

After that, she also featured in movies such as Tentacles, sun city, Games people play, Divine love, Mummy’s daughter, etc.

She then ventured into the Nigerian movie industry where she was a success as well. She quickly became one of the fans favorite and featured in several movies acting alongside other top nollywood stars.

Aside her acting career, Jackie is also a brand ambassador for a number of brands such as Samsung Ghana, Gino, Kleesoft, Perla mineral water, etc.

It is impossible for an actress of her calibre not to win awards. Her talent surely did not ho unnoticed as she has received a number of nominations and won some prestigious awards as well. Awards won include;

Jackie is currently divorced. She got married to Peter Agyemang in 2005 but the two divorced three years later. Since then, she hasn’t remarried or made her relationship status public.

She has managed to keep her love life secret since then though there were a few rumours in the last of she dating Hushpuppi and allegedly getting pregnant for Liberian president, George Weah.

JJackiehad a son from her failed marriage. Her son is called Damien Agyemang who is currently in his teens.

The actual networth of the actress has not been made public. However, she is undoubtedly one of the richest actresses in the country although she doesn’t make noise about it.

Ghanaians got to have a feel of her mansion after she was visited by nigerian actress, Luchy Donalds a while back.