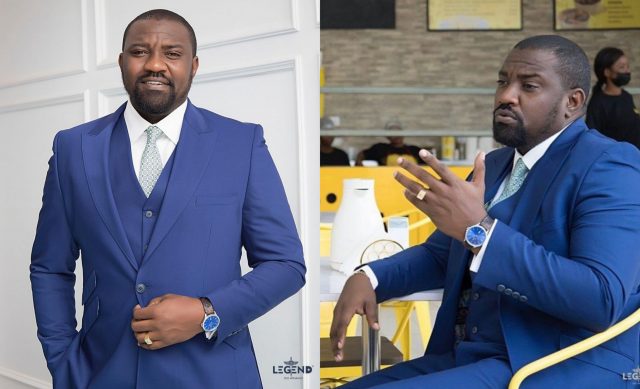 Here is the full biography of actor, John Dumelo. You are at the right place if you wish to know more about the actor.

John Dumelo is a popular ghanaian actor and a politician belonging to the National Democratic Congress (NDC). John has always had the desire to serve the people and for that matter took the bold step to contest the parliamentary elections at the 2020 elections in the Ayawaso West Wuogon Constituency on the ticket of the NDC. However, he lost to the NPP candidate.

John started his education at Christ the King School in Accra and had his secondary education at Achimota School where he was an active member of the Drama Club. He also won the “Fliers Guy in Mo-Town” during his time there. From Achimota, he continued to Kwame Nkrumah University of Science and Technology (KNUST) where he studied BSc Civil Engineering.

Whiles at KNUST, John again contested and won “Mr. University”. He did not end there as he went on to obtain a Masters Degree in Public Service and Governance at GIMPA. He again obtained another Masters Degree at the same university in July 2022.

John started his acting career at a very young age in the early 90s when he featured in the movie “Baby Thief” at the age of 7. However, he only went into professional acting after his first degree although he was in the drama club during his school days.

He managed to build a brand for himself in the movie industry and is undoubtedly one of the best actors in the country. His usual roles involved a bit of romantic scenes but he is also very comfortable in roles that requires him to play the bad boy.

John is one of the ghanaian actors who can boast of conquering both Ghana and Nigeria movie industries. Throughout his career, he has featured in over a hundred movies both in Ghana and Nigeria winning notable awards along the line.

He has always been tagged as a Mahama boy when he was president at the time and was appointedby him to serve as Directorof Operations for pro-NDC youth group for the NDC. He however took his political ambitions to the next level when he decided to stand as MP for Ayawaso West Wuogon Constituency. Unfortunately for him, he lost the keenly contested parliamentary elections at the 2020 elections to Lydia Alhassan of the NPP.

John is also into farming and currently spends most of his time on his farms. He occasionally posts his harvest on social media give his followers an idea of how his farming business is going.

As mentioned earlier, he has featured in over hundred movies hence making it impossible to list them all here. Here are just a few: love alone, hero, never again, Single Six, the game, the maidens, the perfect picture, the supremo, my fantasy, suncity, black men rock, a night with her, etc.

John has received a number of nominations and won some as well. Here are a few notable awards HD has won;

Regarded by many as a womaniser, John Dumelo took many by surprise when he tied the knot with his wife, Gifty Mawunya Nkornu at the Royal Senchi Resort in Akosombo.

John and his wife are blessed with two kids, a boy and a girl.