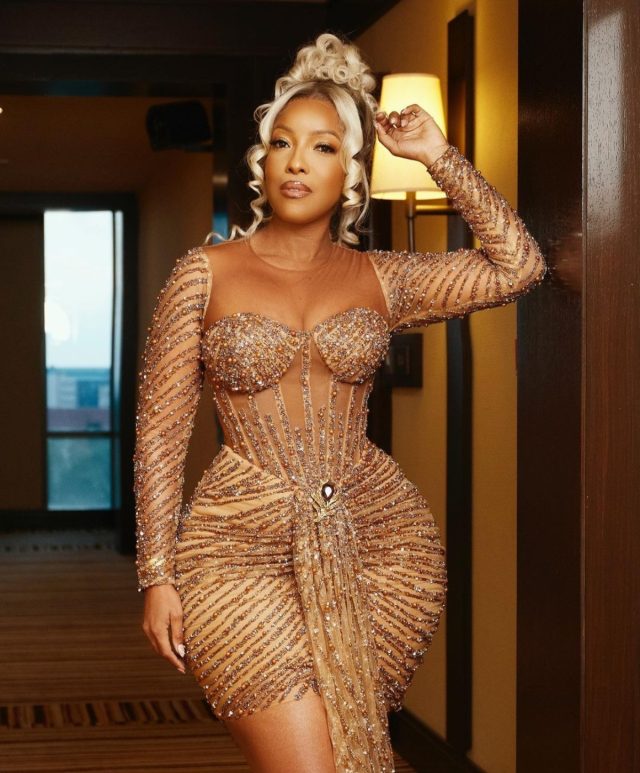 Joselyn Dumas is a beautiful talented Ghanaian actress, TV show host, event host and a philanthropist. She has featured in a number of popular movies and has won some notable awards as well.

She is undoubtedly one of the natural beauties in Ghana and has a huge following on all her social media pages.

Joselyn went to the Morning Star School in Cantonments in Accra for her basic school education and then proceeded to the Archbishop Porter Girls High School in the Western Region of Ghana for her secondary education.

Whiles at Archbishop Porter Girls, she contested and won the prefectorial elections to become the Entertainment Prefect.

From high school, she went to the States for her first degree in Administrative Law.

The TV star we see now initially started out as a paralegal in the United States after her first degree. However, she abandoned her job as a paralegal and moved to Ghana to pursue her dreams, which is to become a TV personality.

Her plans did work out quite well and it is why she has become a household name in the country. When she first relocated to Ghana, the then paralegal joined Charter House where she hosted Rhythms which gave her great exposure as she got to interview a number of celebrities.

She was later poached by Viasat 1 TV to host their flagship talk show called ‘The One Show’ which was a huge success as well. Her unique way of hosting the show made sure that a lot of Ghanaians always followed the show.

From Viasat 1, she then hosted her own TV show called ‘At Home With Joselyn Dumas’ which was aired in Ghana and many parts of the world.

Away from her TV career, Joselyn took up movie roles such as ‘Perfect Picture’, ‘Adams Apples’, ‘Love or Something like that’, ‘A Northern Affairs, etc which all helped solidify her presence in the movie industry. She got to act alongside other top actors and actresses and went even further by winning a number of prestigious awards along the line.

She also co-produced one of the top beauty pageantries in Ghana ie. Miss Malaika Ghana from 2008 to 2010. Joselyn is into the production of movies as well and founded her production company called Virgo Sun Company Limited. Her company’s first production was a joint production of the movie ‘Love or Something Like That’.

With the kind of personality that she is, top brands are more than willing to associate themselves with her as she happens to be the brand ambassador for brands such as Range Rover Evoque Ghana, Jobberman etc.

Joselyn is the founder of The Joselyn Canfor-Dumas Foundation (JCDF) a foundation that seeks to address the needs of vulnerable children across the country.

Currently, the foundation is focusing on tackling children with Autism.

Here are some selected movies the screen goddess has featured in:

Joselyn received a number of nominations from notable awards schemes and won a couple of them as well. Awards won include:

Joselyn is currently not married. However, she has a daughter called Senia from her first marriage which unfortunately couldn’t stand the test of time.

She is however open to the idea of remarrying although it is not clear whether she is seriously dating or not. According to her, her first marriage failed because of her inexperience as a result of her age at the time.

She has also opened up before about how a man left her because she failed to tell him earlier that she was a single mother.

The actual net worth of Joselyn has not been made public.