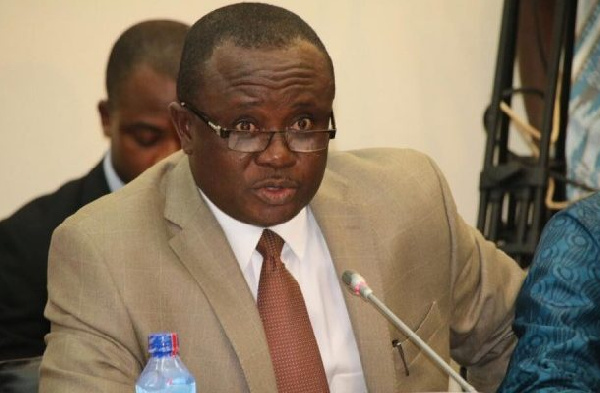 Joseph Osei-Owusu is a Ghanaian lawyer and a politician belonging to the New Patriotic Party. He is the member of parliament for Bekwai Constituency in the Ashanti region.

Joseph Osei-Owusu popularly known as “Joe Wise” was born on January 22, 1962 in Bekwai where he had his basic education. He obtained his O level secondary education at Juaben Secondary School in Juaben in the Ashanti region and A-Level in Wenchi secondary school.

After secondary school, he went to the University of Ghana for a Bachelor of Arts (BA) Classics and Law. He holds a Barrister of Law (BL) from the Ghana School of Law and an Executive Master’s degree in Governance and Leadership from the Ghana Institute of Management and Public Administration (GIMPA).

Joe Wise was a practising lawyer before going into full time politics. He worked as a lawyer for over 10 years after he was called to the bar in 1990. He started his law career in the chambers of Yaw Barimah & Co. Osei Owusu later joined George Sarpong Legal Services where he rose to become Assistant Head of Chambers.

He received a political appointment from President John Agyekum Kufuor during his tenure to become the CEO of the Driver and Vehicle Licensing Authority (DVLA).

Joseph Osei-Owusu first became MP for Bekwai constituency in 2009 after winning at the 2008 general elections. He won that election with a whopping 86.06% of the total valid votes cast.

He was elected the First Deputy Speaker of the 7th Parliament of the 4th Republic and re-elected to that position for the 8th Parliament.

In the 8th parliament of the 4th Republic, Osei-Owusu serves as the Chairperson of the Privileges Committee and the Appointments committee. He is also a member of the Standing Orders Committee and Roads and Transport Committee.