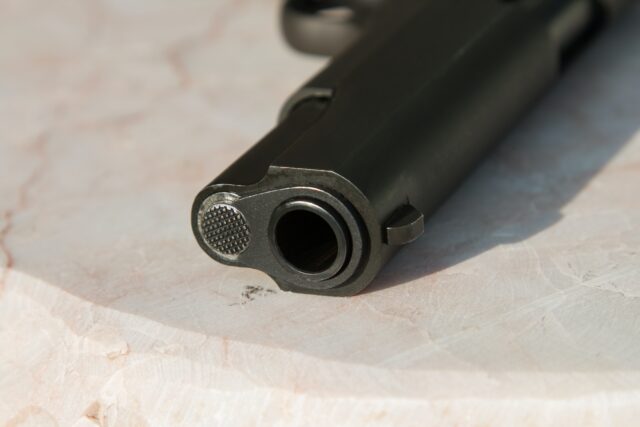 Justice Lydia Osei Marfo had to run for her life in court earlier today February 23 after gun was mistakenly fired in court.

According to reports, the gunshot was from a prison warden who was guarding a suspect which had to bring the courts proceedings to s halt. The officer in question was badly injured after the gunshot and had to be taken to the hospital for medical attention.

This incident occurred in at Criminal Court 5 in Accra presided over by Justice Lydia Osei. The incident took many by surprise as the judge had to run for her life.

RELATED POST:   10 Times Baby Maxin Proved She is An Epitome of Beauty and Cuteness [Photos]