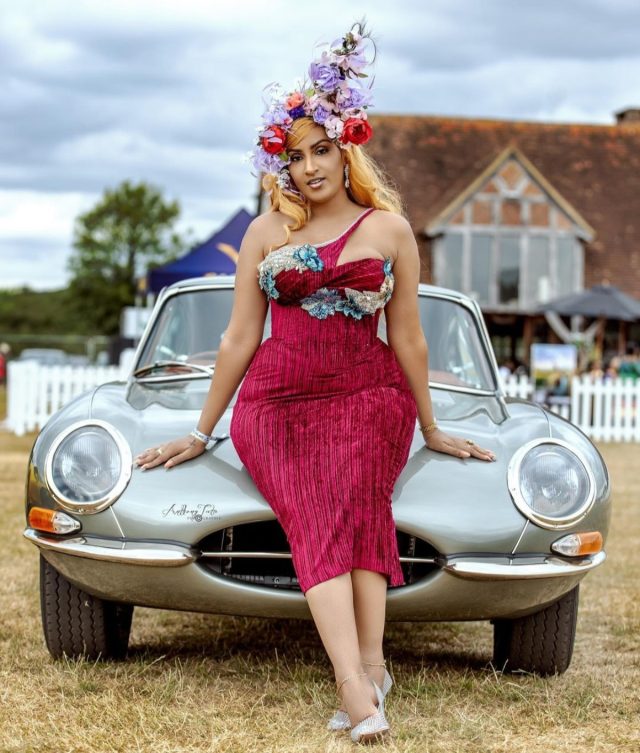 Juliet Ibrahim is a popular ghanaian actress and movie producer with over 15 years of existence in the movie industry. She started acting as far back as 2005 and has featured in several movies playing major roles in most of them.

She was born to a half Ghanaian half Liberian mother and a Lebanese father on 3rd March 1986.

Juliet Ibrahim had her early childhood with her siblings and parents in Lebanon and then Ivory Coast because of civil wars. She is the eldest daughter of her parents and has two sisters and a brother.

She started schooling at Lebanon with her siblings but due to civil war, her family was always on the move and hence had to later settle in Ivory Coast where she had her secondary education.

Juliet then enrolled at the Ghana Institute of Journalism here in Ghana for her first degree in English, French and Spanish. She also studied Marketing, Advertising and Public Relations in the same institute.

Juliet Ibrahim, who is often times referred to as a half-caste started professional acting in 2005 when she featured in the movie, ‘Crime to Christ’ alongside Majid Michel in 2005. That movie brought her into the limelight and since then she kept getting more roles both in Ghana and Nigeria.

But before acting, she was a model where she got to work with top brands such as GTP fabric, B Exotic, Dark and Lovely, etc.

She has featured in over 70 movies including movies that were produced by her good self such as ‘Number one fan’, ‘Shattered Romance’ which had actors from both Ghana and Nigeria. She also produced and directed a TV series titled ‘Every Woman Has A Story’ which was aired on Terrestrial TV.

Movies the ever beautiful actress has featured in include:

Awards won by Juliet Ibrahim include:

Juliet Ibrahim first got married to Kwadwo Sarfo Jnr, son of Apostle Kwadwo Sarfo Kantanka in 2010 but unfortunately, the marriage could not stand the test of time as they divorced in 2014. She however has a son from her first marriage and is still in good relations with her ex-husband.

She attributed the cause of her failed marriage to Kwadwo Sarfo Jnr to young age claiming she was too young at the time.

Juliet later remarried in 2020 in a beautiful wedding ceremony to a Nigerian DJ, V.J Adams.

The actual net worth of the actress has not been made public. However, she is undoubtedly one of the richest actresses in Ghana.