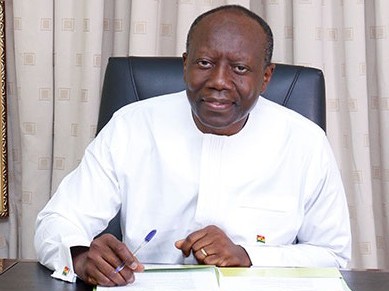 Ken Ofori-Atta is a Ghanaian banker and a politician belonging to the New Patriotic Party. He is a co-founder of Databank Group where he served as executive chairman until 2012 when he resigned. He was appointed as the Finance Minister under President Nana Addo.

Born Kenneth Nana Ofori-Atta on November 7, 1958. He hails from Kibi in the Eastern region of Ghana. Ken is from the prominent Ofori-Atta family of Ghana noted for their works in politics, business, law and chieftancy.

He had his secondary education at Achimota School and taught for some time at Accra Academy after his A level. He holds a Bachelor of Arts in Economics from Columbia University in 1984.

Ofori-Atta also holds an MBA from the Yale University School of Management in 1988.

He has worked at Morgan Stanley and also the investment bank, Salomon Brothers. On his return to Ghana, Ken co-founded Data Financial Services with Keli Gadzekpo and Togbe Afede XIV in 1990. He served as the banks Executive Chairman until he retired in 2012.

Ofori-Atta was Director for Enterprise Group Ltd and the Chairman of Trust Bank Ltd of The Gambia. He was also a Director at the International Bank and is also a Board Member of the Acumen Fund.

Ken Ofori-Atta became a cabinet minister under President Nana Addo as the Minister of Finance in both his first and second term of office. He was elected as the Chair of the World Bank/IMF Development Committee at the 2018 Spring Meetings.

He also Chairs the Governing Board of African Capacity Building Foundation (ACBF). In addition, he Chairs the African Caucus at the World Bank. Ken Chairs the Joint World Bank-IMF Development Committee since 2018.

Ken Ofori Atta is married to Professor Angela Lamensdorf Ofori-Atta, who is a clinical psychologist at the University of Ghana Medical School. They are blessed with four children