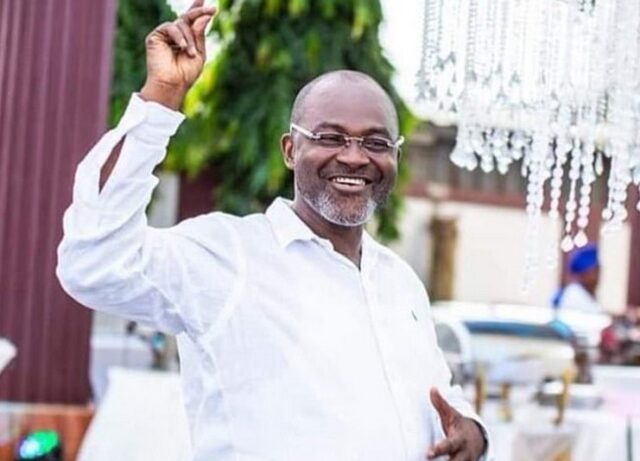 Kennedy Agyapong is a Ghanaian business man and politician belonging to the New Patriotic Party. He is the NPP member of parliament for Assin Central Constituency since 2001 till date.

Kennedy Agyapong had his secondary education at Adisadel College in the Central Region of Ghana.

He also studied in the Fordham University, New York, USA.

Kennedy is a big time businessman with companies scattered across the country. He is the owner of Net 2 TV, Oman FM, Ash FM, Spice FM, Gold Coin Communication, The National Newspaper.

Hon. Kennedy Agyapong is one of the few members of parliament who has never lost an election since they entered parliament. He first became member of parliament for Assin Central in 2001 after winning at the 2000 General elections.

He retained his seat in the 2004 elections and the ones that followed. For reasons best known to him, he seems not to be interested in any ministerial position despite being one of the “big men” of his party.

He serves as Chairman of the Parliament’s Defense and Interior Committee in the 8th parliament of the 4th Republic of Ghana.

Kennedy Agyapong is sometimes called as the King Solomon of our time because the number of kids he has. Per our checks, he is married to two wives namely Stella Wilson Agyapong and Christina Agyapong.

He once dated MP for Dome Kwabenya Constituency, Hon. Adwoa Safo and has two children with her. In total, Kennedy revealed that he has 22 children with different women.

Kennedy is one of the richest men in Ghana and it’s very evident in the businesses he owns, properties and the amount of philanthropic works he does.

He claims he owns about 147 houses in Ghana, a fleet of luxurious cars and was believed to be the first Ghanaian to buy an ¢8 million Rolls Royce. According to him, he makes about $1,000 a day.