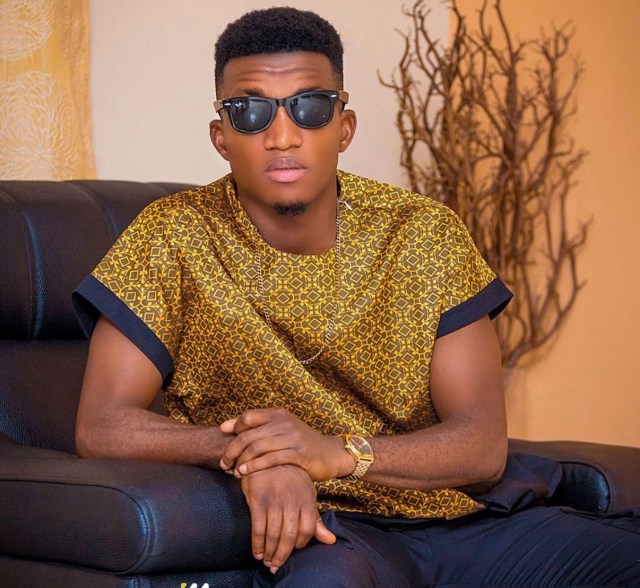 Kofi Kinaata is a popular Ghanaian rapper from Takoradi but has now transitioned into a top singer over the years. He set the record in 2021 as the first Ghanaian artiste to win Songwriter of the year at the VGMA’s for four years in a row.

His unique style of rapping and singing in the Fante language has earned him admiration from lots of Ghanaians. He has been given the title “Fante Rap God” due to his rapping abilities.

He was born Martin King Arthur on April 15, 1990 in Effiakuma in the Western region of Ghana. He is however popularly known by his stage name “Kofi Kinaata”.

Kofi was born to Mr. Charles King Arthur who was a pastor and Miss Mary Arthur.

He had his basic education at Nana Brempomg Yaw School and from there continued to Takoradi Technical Institute for his secondary education.

Kofi decided not to further his education after high school in order to focus on music.

Kofi was a regular participant in the Kasahari rap competition organised by Melody FM where he placed 3rd in the 2009 edition. It was on the Kasahari show that many got to see how good he is at rapping.

He later released his debut single in 2011 titled “Obi Ne Ba” and since then, has become one of the top musicians in Ghana with virtually no haters.

Kofi Kinaata’s style of music is unique, using the Fante language in a manner only he can do. He is a proud native of Effiakuma and does well to mention where he comes from anytime he gets the opportunity.

He has released several hit singles over the years like susuka, confession, behind the scenes, Thy Grace, Things Fall apart, etc. His works speaks for itself as he has won several awards as well to show how good he is at what he does.

Awards he has won include, Songwriter of the Year Award at the VGMA’s for four consecutive years. He won the Hybrid Song of the year at the Ghana National Gospel Music Awards 2019. He has also won Highlife artiste of the year 2017 among many others.

Kinaata is currently an independent artiste under his own record label, Team Move Music since his contract with Samini Music/ High Grade Family ended in 2018.

Kinaata is not married neither has he made his relationship status single. He posted a picture of himself and a white lady some time back who was believed to be his girlfriend. However, the singer has not confirmed or really denied such rumours.

But one thing that is clear though is that he definitely has a serious girlfriend in his life due to how handsome and responsible he is.

The actual net worth of Kinaata has not been made public. However, he should definitely be worth a few million dollars.

We will update this article as and when such information is available to us.