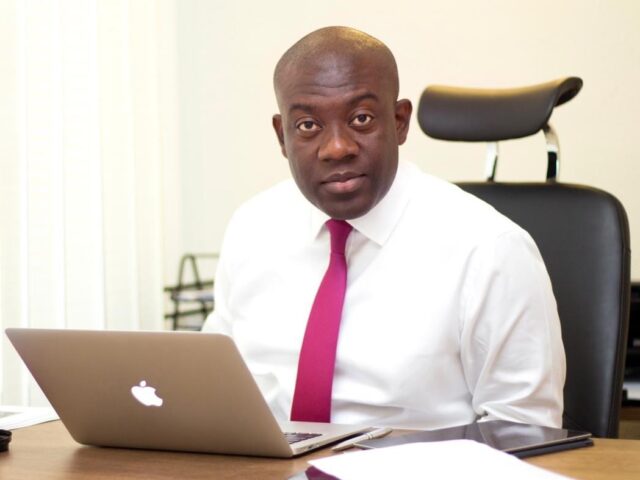 A Kojo Oppong Nkrumah biography is definitely one you would love to read. This article covers his age, education, career and all that needs to be known about the young politician.

Did you know he was a journalist before switching to active politics? Did you also know that he is a lawyer and owns a media house? You are at the right place hence read along to find the full details of Kojo Oppong Nkrumah biography.

Born Kojo Vincent Oppong Nkrumah on April 5, 1982. He is 39 years old at the time of writing this article.

Kojo Oppong Nkrumah hails from Akim Anyinase in the Eastern region of Ghana.

His father started out as a teacher and later became a banker whiled his mother was a teacher.

He had his basic education at St. Bernadette Soubirous School in Dansoman. He then went to Pope John Senior High School for his secondary education.

He also holds a bachelor’s degree in law (LLB) from GIMPA Faculty of Law. Kojo Oppong Nkrumah was subsequently called to the Ghana Bar as a barrister and solicitor of the Supreme Court of Ghana.

He worked as a Treasury Analyst at British American Tobacco in 2006. He then joined Joy FM as a broadcast journalist to host the Super Morning Show (SMS) after the departure of Komla Dumor.

Kojo Oppong Nkrumah resigned in 2014 from his journalism work to set up an investment firm called West Brownstone Capital.

He then became a practicing lawyer at Kulendi, Attafuah and Amponsah at Law  from 2016.

Kojo Oppong Nkrumah contested and won the NPP parliamentary primaries for Ofoase Ayirebi constituency a year after he resigned from Joy FM. He subsequently won the seat at the 2016 general elections and was appointed by H. E. Nana Addo as the deputy minister for information.

He was however later made the substantive Minister for Information after a reshuffle by the president.

Kojo Oppong Nkrumah was appointed again as the Information minister by President Nana Addo for his second term in office. However, he was initially rejected by the minority side of the appointments committee due to some reasons.

He was later approved by a majority consensus on the floor of the House after extensive debate on recommendations made by the Appointments Committee.

RELATED POST:   Female MP's Under Age 40 That Will Inspire Other Ladies Out There.

The net worth of the young politician and lawyer is currently under review. However, this article will be updated when information about his net worth is available.