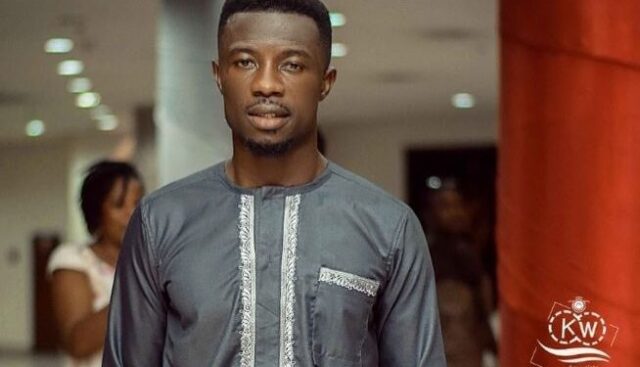 Kwaku Manu is a popular Ghanaian actor, musician and a presenter. He is undoubtedly one of the very best comic actors in the kumawood movie industry. His versatility has made it possible for him to add music and show hosting to his career.

Born on 6th March 1984 in Kumasi in the Ashanti region of Ghana.

Kwaku Manu is a school drop out. He dropped out of school when he got to junior high school two to go and learn a trade.

According to him, he wasn’t a good student whiles in school which explains why he is not fluent in the English Language.

He joined his father in shoe making as his apprentice when he dropped out of school. He revealed in an interview how his comic nature whiles working as a shoe maker made the people around him to encourage him to go into acting. 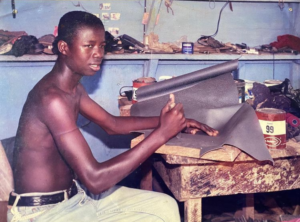 Kwaku Manu heeded to their advise and auditioned for a role in a kumawood movie production. Fast forward to now and he is one of the top kumawood comic actors around.

He also does music as well and released his debut single “E’nfa nhoahoa ho” in 2012. As a man with many talents, he also hosts his own show called ‘Aggressive’ where sits with top personalities to ask them critical questions only a few hosts can ask.

Kwaku has featured in over a hundred kumawood movies over the years playing key roles in most of them. He has acted alongside the likes of Nana Ama McBrown, Lil Win, Akrobeto, Agya Koo, Mercy Asiedu etc.

The kumawood actor parted ways with his ex-wife, Mrs Dianne Okailey Manu in 2021 under dramatic circumstances. His ex-wife was based in the US with their kids at the time the incident happened.

They are blessed with four adorable kids (two boys and two girls). It is not quite clear if the actor currently has a girlfriend since his marriage turned sour some months ago.