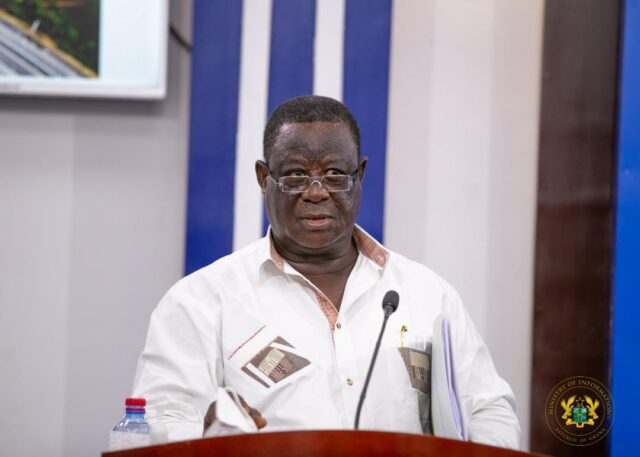 Kwasi Amoako-Attah is an experienced Ghanaian politician, lawyer and management consultant. He is the member of parliament for Atiwa West Constituency in the Eastern region of Ghana. Amoako-Attah is also the Minister for Roads and Highways under President Nana Addo.

He was born on August 5, 1951 in Akyem-Awenare in the Eastern region of Ghana.

Kwasi Amoako-Attah obtained his O Level at Abuakwa State College and A Level at Tarkwa Senior High School. He holds a Bachelor of Science degree in Administration from the University of Ghana, Legon.

From UG, he then went to the Ghana School of Law, Makola and was called to the Ghana Bar in 2002. He also holds an Executive Master of Business Administration from the University of Ghana.

Amoako-Attah worked at the now defunct Meat Marketing Board as a regional manager from 1979 to 1985. He later joined Unilever Ghana as a brands manager and then as head of logistics and marketing.

Attah joined the legal department after he was called to the Ghana Bar and rose to Group Legal Advisor of Vlisco Ghana Group till he resigned in 2010.

He resigned from Vlisco Ghana Group in 2010 to do active politics. Attah contested the 2010 Atiwa West constituency by-election and won to represent the people.

He beat off competition from Emmanuel Atta Twum of the NDC, George Padmore Apreku of the New Vision Party and Kasum Abdul-Karim of the PNC.

Attah won by a whopping 75% of the valid votes cast in the by-election. He then went on to win the subsequent Atiwa West constituency elections in 2012, 2016 and 2020.

As Minister, introduced and launched the Persons with Disability Road Toll Initiative in 2017 to create job for persons living with disability.