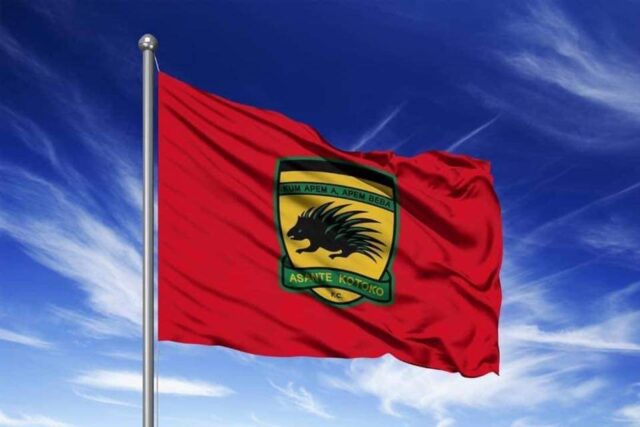 Here is the latest Kotoko News in Ghana for all the supporters of the club, rivals and all lovers of the Ghana Premier league. Kumasi Asante Kotoko are in pole position to win the league from their bitter rivals, Accra Hearts of Oak in the current season.

Just about a year ago, it was Accra Hearts of oak that was cruising at the top of the league table and went ahead to win the Ghana Premier League for the 21st time. It was their bitter rivals who had all the buzz around them and is safe to say that it sort of motivated them to also work harder this season and the results are there for everyone to see. Unless something extraordinary happens, Kumasi Asante are definitely going to win the 2021/2022 Ghana Premier League.

Check out the latest Kotoko News in the subsequent paragraphs.

Ghanaian Bordeaux Defender is confident Kotoko will win the GPL

With just seven games left to end the 2021/2022 GPL season, Bordeaux defender, Gideon Mensah is confident Kumasi Asante Kotoko will win the league. Kotoko’s win against WAFA last weekend Means that they currently sit at the top of the table with their nearest rivals nine points away.

Hearts of Oak sit in third position, 12 points off the league leaders. However, the defending champions are still hopeful of retaining the trophy. Unfortunately, Gideon Mensah thinks otherwise.

Speaking with Footballghana.com, he said “Yeah, I think Kotoko can win the league title. I had the chance to have a conversation with one of the players asking him if they are sure they are going to the league and he’s confident, so why not,” the Black Stars left-back told Footballghana.com.

Kotoko to be reported to FIFA by Avian Academy

Kumasi Asante Kotoko is set to be reported to FIFA by Avion Academy due to the club’s failure to pay the balance of the transfer fees of forward George Mfegue.

Referee of the Premier league game between Kumasi Asante Kotoko and Hearts of Oak claims he hasn’t had an election since he officiated the game. His decision to award Kotoko a controversial penalty which ended up being the only goal of the game seems to be haunting him days after the match.

The referee granted an interview on Ewiase FM in Wenchi where he revealed that he has not been able to have an erection since he awarded the controversial penalty to Kotoko. He also claims that he is unable to sleep and that he sometimes gets nightmares when he tries to sleep.

Meanwhile, Accra Hearts of Oak has reported the referee to the Ghana Football Association and has since been suspended for the rest of the season.

GFA is against Kotoko

He believes the current leadership of the Ghana Football Association are working against the club and are willing to do everything possible for the club not to succeed. He made these comments following the Association’s decision to suspend referee Joseph Kenny Padi for awarding a controversial penalty in favor of Kotoko in the game against Hearts of oak.

The journalist believes the management is against the club because of Nana Yaw Amponsah who contested the 2019 GFA Presidential elections which was won by Kurt Okraku.

Visit the official website of the Football club by clicking Kumasi Asante Kotoko for all the latest Kotoko News and fixtures.