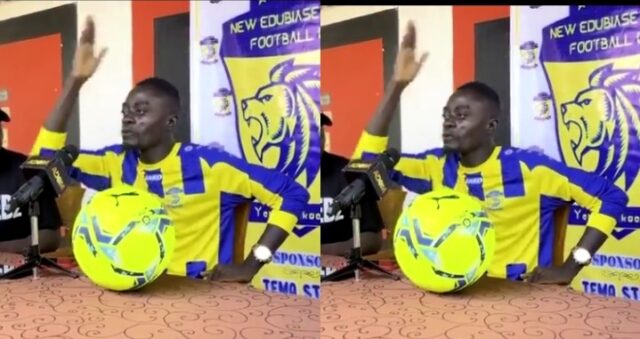 Popular kumawood comic actor, Kwadwo Nkansah Lil Win has dumbfounded almost everyone after he decided to put his acting career on hold for some time and play two full seasons for New Edubease United.

Kwadwo Nkansah Lil Win has put his acting career on hold as he signs for division one side New Edubease United.

He showed his excitement and desire to prove his doubters wrong as he is focused in helping the division one side win some trophies.

The super talented kumawood star is very good at what he does and one can only hope that he succeeds in his football career. Details of his contract is not yet known to the public.

However, he is believed to be the highest paid footballer in the league at the moment.

RELATED POST:   How To Link Your NHIS To Ghana Card.