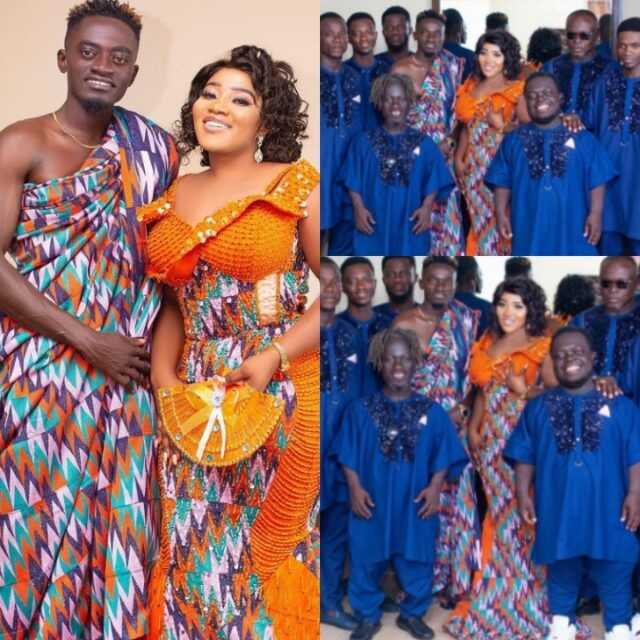 The talented kumawood comic actor, musician and entrepreneur, Kwadwo Nkansah Lil Win has finally tied the knot with his beautiful baby mama but his choice of page boys has got people laughing out loud.

Lil Win over the weekend apparently got married for the second time to his beautiful baby mama who he says has shown him love he thought doesn’t deserve. He kept dropping series of photos and videos from the traditional wedding and one particular photo has got fans laughing out loud including himself.

The photo above is one of the pictures from the ceremony and the actor himself is laughing out loud. He accompanied the photo with a laughing emoji and fans have joined in to laugh with him.

The reason is simple! Very visible in the picture are two colleague dimunitive actors with dwarfism leading fans to suggest they are his page boys. Ordinarily, page boys are usually kids but he decided to go in for these two adults and fans can’t stop laughing.

See some of the comments below 👇👇👇 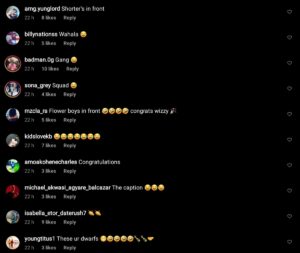