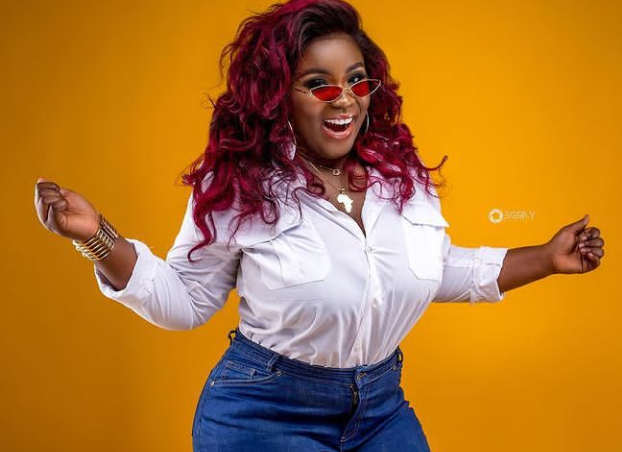 Maame Serwaa is a young Ghanaian kumawood movie actress who started her acting career at a very young age. She is one of the most loved actresses in Ghana hugely due to how well she plays her roles.

She is a big girl now and in fact is in the University as we speak. But is her real name really Maame Serwaa? How old is she? Is she dating or single? Etc? Well worry no more as we provide you with all those information in this biography of her.

Clara had her secondary education at Kumasi High and Serwaa Nyarko Girls Senior High School where she eventually completed in 2017.

She received a scholarship to pursue a four year degree course at Knustford University College in East Legon where she also acts as a brand ambassador for the school.

Maame Serwaa started her acting career at the age of 6 playing child roles. It was in one her early movies as an actress that she got the name “Maame Serwaa”. Interestingly, lots of Ghanaians still think that is her real name.

Clara has featured in over 25 kumawood movies playing key roles in most of them even when she was just a young girl. She has acted alongside top stars like Bill Asamoah, Akrobeto, Lil Win, Mercy Asiedu, Christiana Awuni etc.

She featured in BBC Africa’s documentary on the “Thriving Ghanaian Movie Industry“ in 2018 and also signed a juicy five year management deal with Silvanus Records the same year.

Movies she has featured in include;

Clara has recieved a number of nominations and won some as well. Notable awards won by the actress include;

The busty young actress has kept her love life secret from the public and once claimed she was dating God when the question was thrown to her by Zion Felix. There were rumours in the past that she was having an affair with colleague actor, Bill Asamoah.

However, they have both debunked such allegations. But one thing that is certain though is that she definitely has a man in her life the public isn’t aware of.

The actual net worth of the actress is not yet known. However, we will update this biography as and when we get such information.