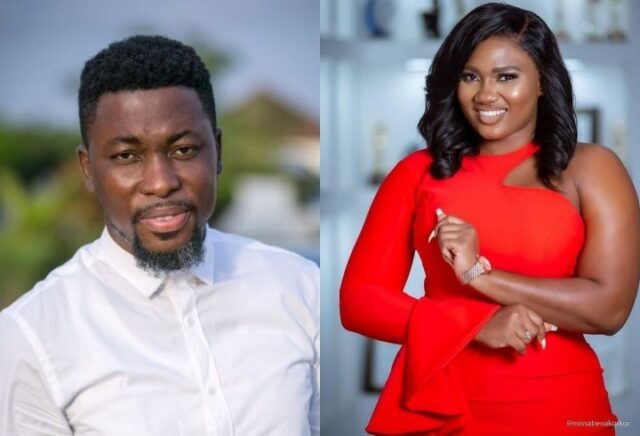 Kwame A Plus has hit back strongly at the beautiful but troubled Abena Korkor after her latest rants on instagram where she made some wild allegations.

Abena Korkor like we all know has a bipolar disorder that makes her do things she wouldn’t have done if she was in her right senses. Since she became popular back in the University when her nudes came out, it has been one controversy to the other.

The last time she made massive headlines was about a month or two ago when she revealed the list of public figures who have chopped her. However just when the attention is no longer on her, she made another comeback yesterday with some wild allegations.

Part of her allegations was that, Sammy Awuku should be careful with Kwame A Plus because he has someone around him who wants his downfall. This obviously did not go down well with the activist as he went live on facebook to attack and advise the troubled Abena Korkor.

READ ALSO: Diana Hamilton Shows Her Romantic Side As She Marks 16th Wedding Anniversary With A Lovely Video. [Watch]

He said “You Abena Korkor you think madness is your career erh? I will end that your career because I am more madder than you. Reset your brains and stop fooling. Mad woman with YouTube page? Visit the gym and stop saying you’re proud of your size. You’re too fat.

Stop smoking and stop the nonsense because it is the smoking that triggers your illness…….

Kwame A Plus believes that, Abena Korkor deliberately hides behind the guise of being sick to say alot of nonsense. He wondered why a mad woman owns a YouTube channel to make money off her many wild allegations.