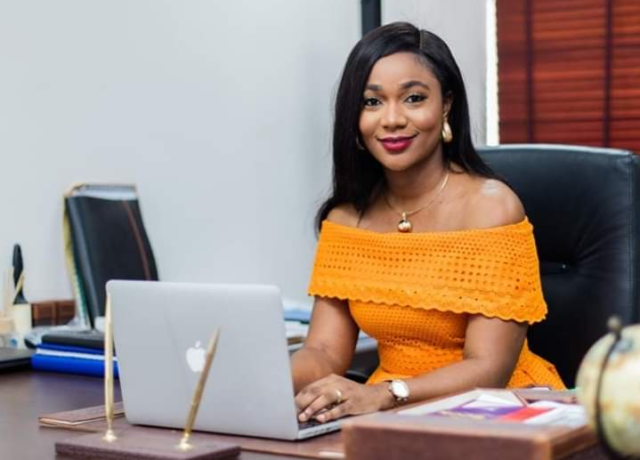 Mavis Nkansah Boadu is a Ghanaian business woman and a politician belonging to the New Patriotic Party. She became the member of parliament for Afigya Sekyere East constituency in the Ashanti region since 2017.

Mavis was born May 17, 1989 in Wiamoase in the Ashanti region. She went to Achimota School for her secondary education and completed in 2007.

Mavis Nkansah Boadu interned as a human resource assistant for Kinsadus Company LTD in 2012. She was also an international student ambassador for Devry University in New York from 2015 to 2016 before contesting for the 2016 elections.

Mavis Nkansah the New Patriotic Party’s primaries in July 2015 at age 26. She beat the then incumbent member of parliament Hennric David Yeboah who was seeking to retain for seat for the third time.

Mavis won the seat at the 2016 elections with a percentage of 80.44% as against her closest contender who obtained 19.56% of the total valid votes cast. She managed to retain the seat again at the 2020 general elections for a second term.