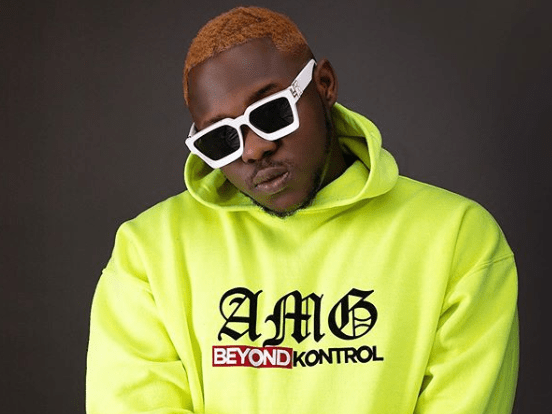 Medikal is a Ghanaian hip-hop and afrobeats artiste who has been in the music industry since 2014. He has become arguably one of the best rappers in Ghana and his style of rap is quite different and unique.

Born Samuel Adu Frimpong on April 4, 1993 to James Frimpong and Portia Lamptey but is popularly known by his stage name “Medikal”. According to him, he chose that stage name because he initially loved to rap about doctors, surgeons, medical practitioners and hospitals in general.

He had his secondary education at Odorgonno Senior High School but decided not to further his education in order for him to focus on his music career.

He is one of the most hardworking rappers in the country and has managed to build a strong fan base over the years.

2017 was sort of his breakthrough year in terms of the VGMA’s although he didn’t receive any award. He received the most nominations alongside Sarkodie but unfortunately went home without a single award.

However, that did not discourage him as he still continued to release hits upon hits. He has featured other top artistes like Sarkodie, Shatta Wale, Joey B, Papy Kojo, EL, etc. MDK has released a couple of Albums/EPs like Medikation 2013, Disturbation 2017, The Plug EP 2019, Island 2020 and The Truth 2020.

Some notable awards won by the rapper includes;

He got married to popular YOLO star, Fella Makafui in 2020 and are blessed with a baby girl called Island Frimpong.

The actual net worth of the rapper is not known to the public. However, he should be worth over 5 million US dollars considering the properties he owns and proudly flaunts.

He owns several luxurious cars, mansions/houses and often times sprays cash that shows how wealthy he is.