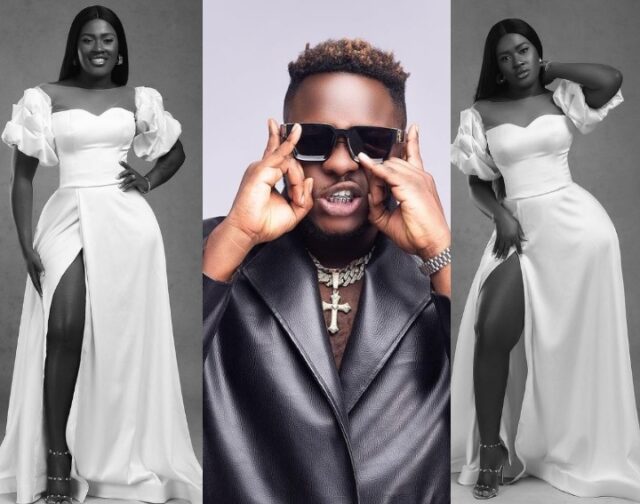 Better late than never as Medikal finally wishes Fella Makafui a happy birthday on instagram to quash rumours of a troubled marriage.

Medikal and Fella Makafui made headlines when it became public that they were getting married. At the time, some ghanaians even thought it was just a prank.

However, it turned out they were for real. They indeed got married earlier last year and are now parents to a beautiful baby girl called Island.

Till date, some section of netizens believe Medikal was trapped with pregnancy by Fella Makafui to marry him.

As to whether such claims were true or not is not really necessary as they seem to be enjoying their marriage.

However, there were recent rumours of there being a little friction between the two. It was alleged that they are fighting low key but are hiding it from the public.

So today being the birthday of Fella Makafui, all eyes were on the social media pages of Medikal to see if he will wish her out there.

It took some time though but he is better late than never as a refusal to post her would have increased the rumours.

Swipe Left To View All Slides