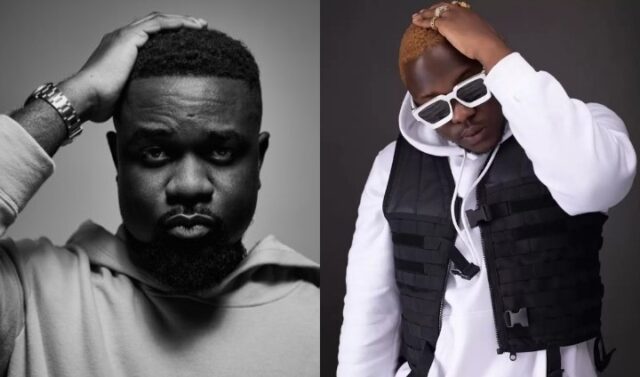 Medikal appears to have snubbed Shatta Wale in his fight against Nigerians as he shows massive love to Sarkodie days after they were accused of attempting to sabotaging the laters Rapperholic concert.

Medikal and Shatta Wale were accused by some conspiracy theorist for attempting to sabotage Sarkodie’s Rapperholic concert on the 25th of December by organising their freedom wave concert on the same day just a few meters apart.

To many, their decision to hold the concert at the Accra Sports Stadium just some few minutes away from the AICC is fishy. However, both shows went on smoothly and were completely sold out.

That aside, Shatta Wale decided to go on a one man fight against Nigerians and Ghanaians alike and it appears as though Medikal doesn’t want anything to do with that fight. He rather chose to show massive love to Sarkodie, same person they were accused of trying to sabotage his show. 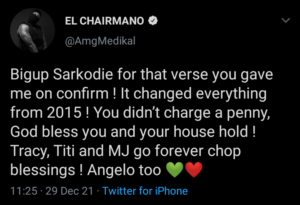 Medikal showed appreciation to Sarkodie for contributing to his success story today to prove that there is no bad blood between them.

His post reads “Big up Sarkodie for that verse you gave me on confirm! It changed everything from 2015! You didn’t charge a penny, God bless you and your household! Tracy, Titi and MJ go forever chop blessings! Angelo too!