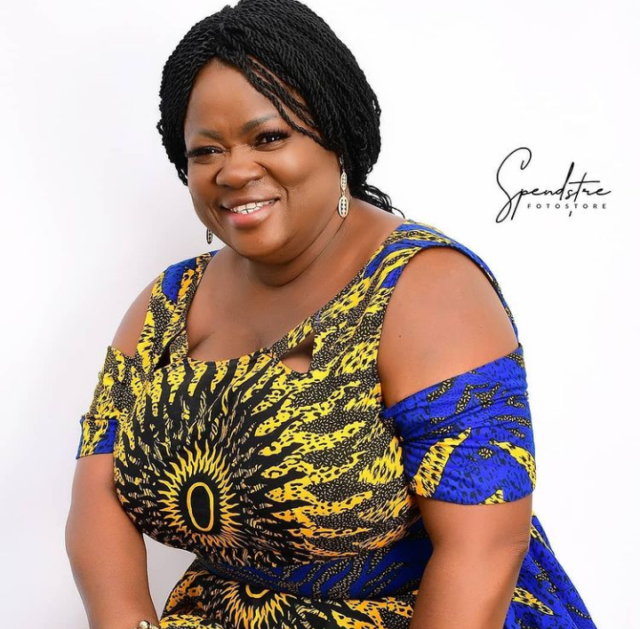 Oheneyere Mercy Asiedu is a veteran Ghanaian actress, movie producer and a philanthropist. She is one of the top actresses in the kumawood movie industry and is noted for how well she plays her roles.

She was born on May 9, 1971 in the Ashanti region of Ghana and has little to no formal educational background.

Mercy started her acting career at a very young age as a member of the Kristo Asafo Concert Party Group with colleague actor Akrobeto and Agya Koo. Her stage craft and potential to even be better gave her her first appearance in a  kumawood movie by Miracle Films Productions in the year 2000.

She has since gone on to feature in over 150 kumawood movies playing key roles in most of them. She has acted alongside top actors and actresses like Agya Koo, Christiana Awuni, Lil Win, Nana Ama McBrown, Kwaku Manu etc.

Due to how well she plays her roles and the frequency at which she is made to play the villain, some people still believe she is not a good person. However, that is not the case in reality.

Mercy has not limited herself to just acting and decided to go into movie production as well. This move by her is a very smart one particularly in these times where the kumawood movie industry seems to be declining.

She is the CEO of Mesduah productions, producers of Abuburo Nkosua TV series and a few others. Movies she has featured in with other productions include;

She got married in April 2017 to Nana Agyemang Badu Duah, Chief of Kunsu in the Ahafo Ano South District in the Ashanti region. As a result, she is now addressed as Oheneyere Mercy Asiedu Agyemang Duah. She had three children before getting married to the Chief.

The actual net worth of the actress is not yet known to the public. However, she is certainly one of the richest kumawood actresses in Ghana.