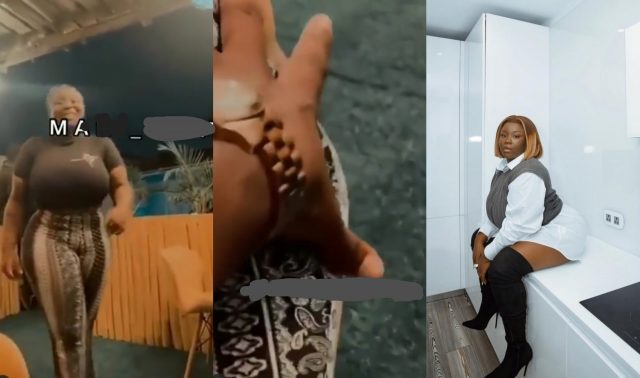 Popular kumawood actress, Maame Serwaa is definitely enjoying her love life as she has been captured on camera having a good time with her mystery boyfriend at a coded location with him grabbing her huge bortos in the process.

The actress, who was born Clara Benson Amoateng is one of the most loved actresses in the country but is occasionally bullied online as well. This time around, she has gotten netizens talking after she was captured on camera having fun with an unidentified man who is believed to be her boyfriend.

It is not clear where exactly they were but clearly they seems to be enjoying each others company as the said guy couldn’t resist the temptation and grabbed the huge bortos of the actress in public.

Check out video below