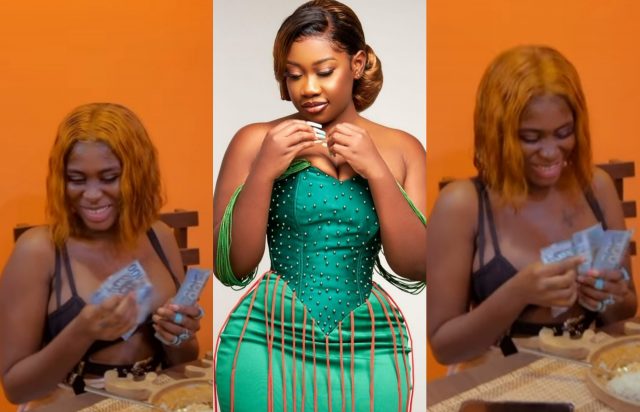 Popular Ghanaian model and actress, Shugatiti officially opened her own restaurant in Osu in Accra over the weekend with the likes of Tracey Boakye, Afia Schwarzenegger, Zionfelix, etc all in attendance including Yaa Jackson.

Yaa Jackson and Shugatiti are very good friends and the former showed massive support by paying 1,000 Ghana cedis for a plate of rice. In the video posted by Shugatiti, she could be heard at the background hailing Yaa Jackson as her rich auntie as she counts 100 cedis notes before handing it over to her.