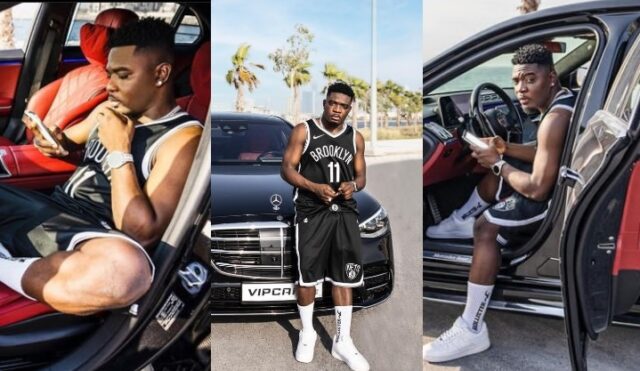 “Indeed wahala no dey finish” as there is a fresh twist in the Akuapem Poloo and AMG Armani relationship brouhaha as the later deletes video in which he denied dating the former.

Ever since the ever controversial and attention seeking Akuapem Poloo made it public that she has found love in AMG Armani, there have been lots of talks around them.

The rapper came out yesterday to deny ever having anything to do with Akuapem Poloo. According to him, they only bumped into each other at the gym and took some pictures and videos together.

He claimed to be surprised to later see the pictures and videos making rounds on the internet and ordered Akuapem Poloo to take them down.

However, Akuapem Poloo stood  firm; she didn’t delete the photos and videos like she was told. Rather, it is the rapper who saw the need to do some deleting.

The screenshot above shows that, the rapper deleted the video he posted yesterday ordering Akuapmem Poloo to take down the photos and videos she posted two days ago.

As to why, who or what made him delete his video is not yet known. Could it be that there is really something going on between the two?