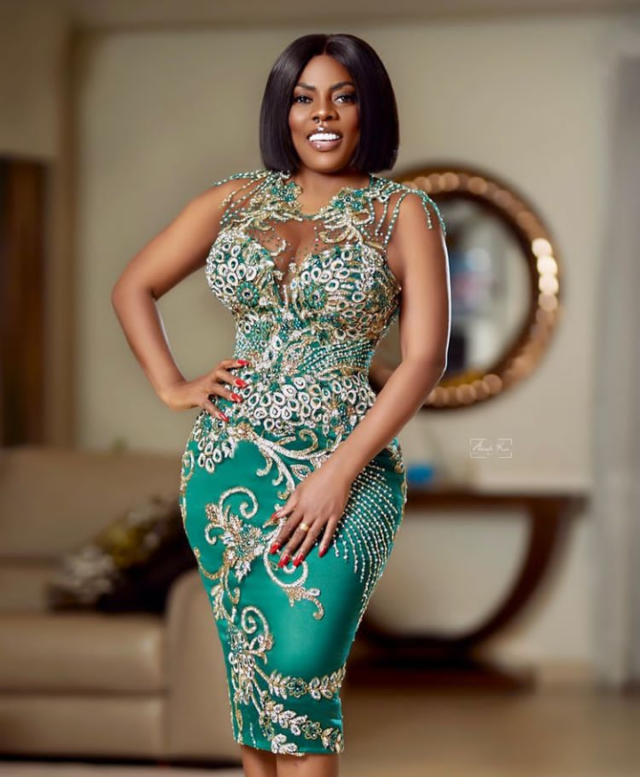 This is a Nana Aba Anamoah biography that takes a look at all that you must know about the ace journalist.

Nana Aba had her secondary education at Ghana National College in Cape Coast. She holds a degree in Development finance from the University of Ghana Business School. She has also taken up Executive Education courses which includes one in the 21st Century Leadership from the Havard University.

Nana Aba Anamoah has over 18 years working experience as a broadcast journalist. She cut her teeth as a journalist at TV3 Ghana where she worked for over 14 years until her resignation in 2014.

She has since joined EIB network where she currently acts as the General Manager of GHOne TV and Starr FM.

Nana Aba Anamoah is one of the top journalists in Ghana and has received multiple awards to prove how good she is at what she does. Her awards includes;

Nana Aba Anamoah is a single mother to his son, Jyotir who is currently studying in the United States of America. She had him with fashionista Osebor the Zara man not long after she completed senior high school.

There cannot be a Nana Aba Anamoah biography without mentioning her marital status. Well, she has never been married and it is also not clear if she has a boyfriend or not.

The actual Networth of Nana Aba Anamoah is currently not known. However, she is undoubtedly one of the best paid journalists in Ghana.

Alabi - May 24, 2022 0
Popular ghanaian singer Rebecca Akosua Acheampomaa Acheampong, popularly known as Becca has hit the gym working out with Kizz Daniels Buga song and her...