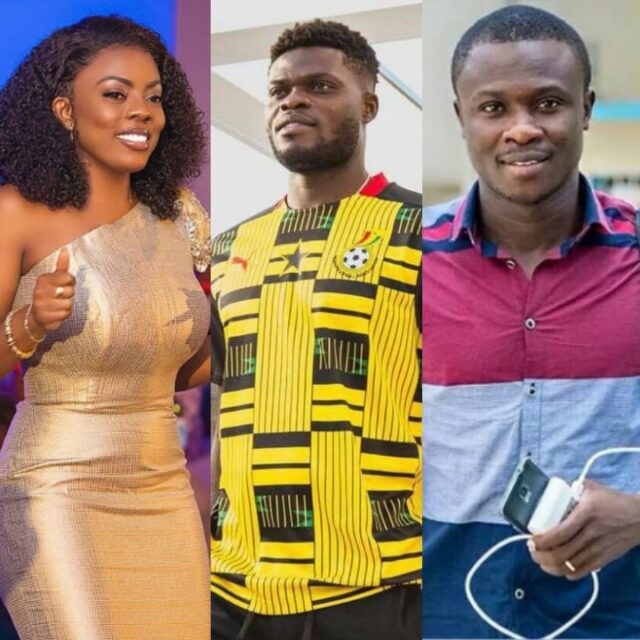 Reports of Arsenal’s Thomas Teye Partey being sacked from the national team was the main topic of discussion in the early hours of today. Lots of sports journalist, bloggers and football fans apparently didn’t do any proper checks as well before spreading the news.

READ ALSO: Yawa! As Abena Korkor Deletes And Reveals Why She Recorded Her Previous Video Of The Number Of Men Who Chopped Her. [Watch Video]

However, it appears such reports were not true and Nana Aba Anamoah who is a strong admirer of the arsenal man did not take this lightly. Saddick Adams was sort of the scapegoat here as Nana Aba Anamoah descended on him with some strong criticism.

READ HER REPLY TO SADDICK ADAMS BELOW 👇👇 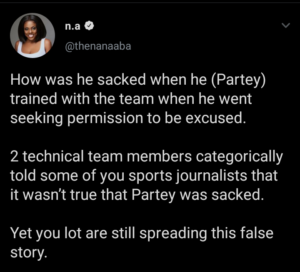 She said ” How was he sacked when he (Partey) trained with the team when he went seeking permission to be excused. 2 technical team members categorically told some of you sports journalists that it wasn’t true that Partey was sacked. Yet you lot are still spreading this false story”.