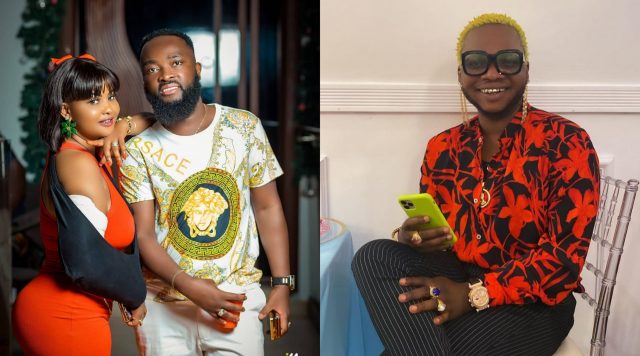 Nana Tonardo is at it again as he claims the husband of celebrated screen goddess, Nana Ama McBrown called to beg him to seize fire following the most recent United Showbiz Show where Afia Schwarzenegger was invited as the main guest on the night.

You will recall that after the show on Saturday, July 9, Nana Tonardo, who has a long standing beef with Afia Schwarzenegger took to social media to register his displeasure at what he witnessed on the show. He did not understand why UTV, and for that matter Fadda Dickson and Nana Ama McBrown could stoop so low to make Afia the topic of discussion on such a platform.

[irp posts=”5011″ name=”This Is The Body! Abeiku Santana Says As Kisa Gbekle Confuses Him With Her Massive ‘Goods’ [Video]”]

For the record, a lot of Ghanaians seems to agree with him on that. In the said video, he spoke at length and as part of the things he said called out Nana Ama McBrown for being a hypocrite or tolerating Afia Schwarzenegger on the show even though she attacked her in the past for not having a child.

Well, it seems McBrown’s husband, Maxwell has been doing some listening and apparently called Nana Tonardo to seize fire.

According to him, the husband of Nana Ama McBrown, Maxwell who is also her manager called him to seize fire and forget about everything and that his wife was only a host doing her job.