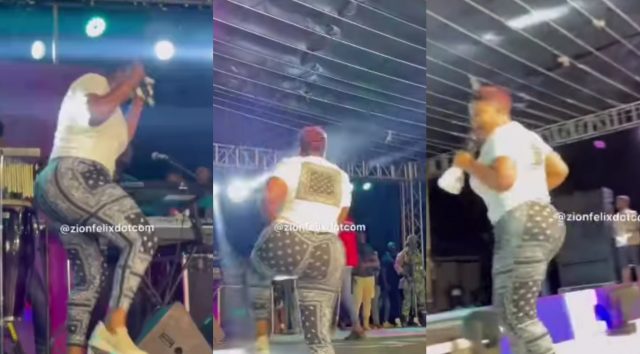 Popular ghanaian gospel musician, Empress Gifty is underfire once again due to what she wore to Stonebwoy’s Ashaiman to the world concert last night.

The singer came under intense criticism a few weeks ago for flaunting her body on social media after which she later came out to blast all her critics.

Well, she seems to have incurred the wrath of netizens once again due to what she wore for her performance at the just ended Ashaiman to the world concert hosted by Stonebwoy. A lot of netizens were surprised at her choice of outfit for the show and her overall performance on stage.

Some questioned if she is a Gospel or a secular musician.

Check out some of the reactions from netizens below 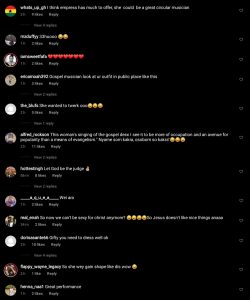