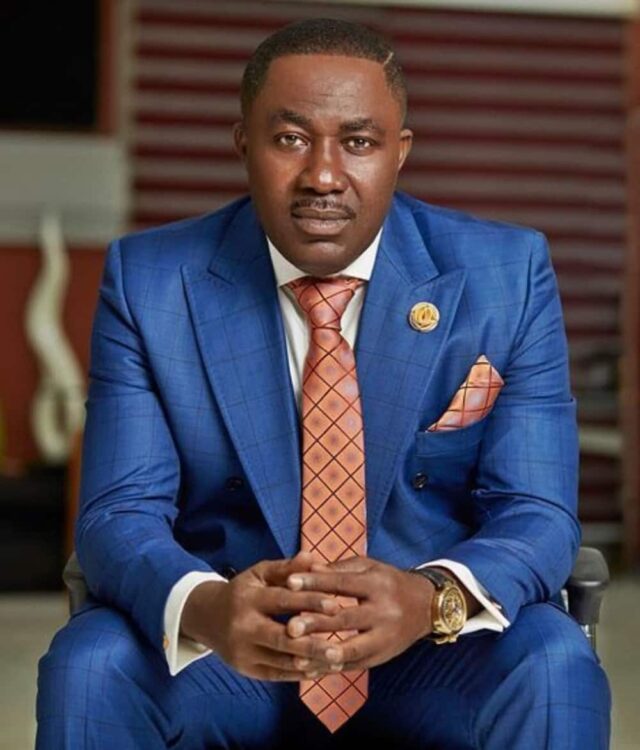 Osei Kwame Despite is a Ghanaian business mogul and arguably one of the richest if not the richest man in Ghana.

He was born in Wiamoase in the Ashanti region of Ghana on February 2, 1962 (60 years) where he lived till he went to Nigeria for greener pastures some decades ago.

Osei Kwame had little to no formal education due to his poor background. However, that did not stop him from becoming the great man that he is today.

He started out as a petty trader who sold music cassettes, feeding bottles, padlocks etc at Dunkwa-Offin. However, business wasn’t so good hence had to travel to Nigeria to seek for greener pastures.

In 1999, the now Business mogul decided to venture into the media space and set up the first private local radio station in Ghana called PEACE FM. And today, he has added other radio stations and TV stations to peace FM forming the Despite Media. Stations under the Despite Media Group aside Peace FM are Okay FM, Neat FM, Hello FM in Kumasi and UTV Ghana.

He has other businesses/ companies like Neat Foods Ltd, Atona Foods Ltd and Co-foundwr of U2Salt located at Winneba. Despite is also the co-founder of United Television (UTV) and Best Point Savings and Loans Ltd.

His works and the promotion of the Ghanaian Culture has earned him numerous awards and accolades. Despite received an Honorary Doctorate Degree in Human Resources from Canterbury University, Honorary Ambassador of Business Entrepreneur in West Africa (Ambassador) and Honorary man of the moment, Ghana- West Africa.

In 2013, Osei Kwame was awarded by Entrepreneurs Foundation of Ghana as the Best Entrepreneur.

Despite has kept much of his personal life hidden from the public for a very long time. Hence not much is known except that we know he is married to a beautiful woman who is normally called Ewurama Despite.

He is believed to have nine children although it is not clear if he had all of them wit his wife. His eldest son, Kennedy Osei made the headlines in 2020 with his expensive wedding.

The actual Networth of the business mogul is not yet known because he hasn’t made it public. However, looking at the businesses and properties he has scattered across the country, he is no doubt worth some millions of dollars.

He has a thing for exotic cars and has a fleet of them in his mansion. Despite recently added the Brabus which is a high performance vehicle to his collection of cars.